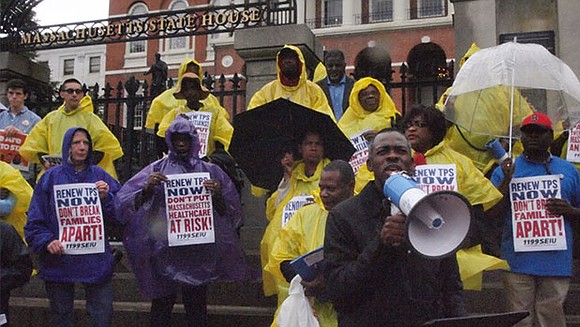 Holden Pierre, a 17-year-old Haitian immigrant, has spent the last ten years of his life growing up America. This January, he may be required to return to a country he has not lived in since he was 7—a country that is still struggling to recover from severe environmental and health crises.

Over the course of his decade in the U.S.—more than half his life—Pierre has worked in community organizations such as the Mattapan Food and Fitness Coalition, earned a bachelor’s degree in business management from UMass-Boston, and now is employed at an organization focused on growing small businesses in low- and moderate-income communities.

Pierre is one of about 58,000 Haitians who are living, working and studying in the U.S. under a program called Temporary Protected Status. Haitians beneficiaries of that protected status will see it expire on Jan. 22, 2018, unless the Trump administration moves to extend the program, something John Kelly, then-Secretary of Homeland Security, said in May is not guaranteed.

Temporary Protected Status allows immigrants meeting certain requirements to live and work in the U.S. if they cannot do so safely in their originating country due to conditions such as a civil war, epidemic or environmental disaster. While TPS is not a path to permanent residency, recipients may apply for such status while they hold this protection. In 2010, TPS was extended to Haitians following a devastating earthquake. To qualify, recipients had to demonstrate they had continually lived in the U.S. since January 2011 and continually been physically present since July 2011. The temporary status was extended since as further disasters hit the country. U.N. troops sparked a cholera outbreak that continues to cause fatalities today, and several hurricanes have taken a toll.

On Wednesday last week, Haitian-Americans United, Inc. and the Institute of Justice & Democracy in Haiti held a rally on the State House steps, with a speaker list that included Pierre. Many speakers called for a deeper reworking of the immigration system to extend permanent residency to Haitians protect by TPS, noting that seven years is long enough that many have families and businesses here and are entrenched in their communities.

“They are part of our society,” Congresswoman Katherine Clark said at the rally. “Now is not the time to uproot families, business owners and people who contribute to our economy.”

Deportation would mean economic damage as well as the splintering of families, many said.

“[TPS means we can] serve the communities we now call home,” Pierre said. “[Without it we] leave behind younger siblings who then are forced to make tough decisions like dropping out of school to support their families.”

Roxana Rivera, vice president of SEIU 32BJ, said TPS recipients liable to be deported in January are good actors, who have followed the rules, including paying taxes and any fees asked of them and submitting to any requested background checks.

A number of local elected officials support prolonging TPS, including Rep. Russell Holmes and City Councilor and mayoral contender Tito Jackson, who both spoke at the rally. In May, Mayor Martin Walsh urged federal officials to extend protected status for Haitians. In his letter, he noted that families would be split as deported parents are likely to leave behind U.S.-born children rather than bring them to nation already struggling to meet its residents’ basic needs.

Following the rally, many attendees turned out to Gov. Charlie Baker’s office to deliver a message urging him to advocate for renewal of TPS for Haiti.

Several speakers also said that Haiti is still plagued by the kinds of issues that had led to the granting and repeated extensions of TPS. Brian Concannon Jr., executive director of the Institute for Justice & Democracy in Haiti, said Haiti’s cholera epidemic continues to be among the worst in modern times, killing about 1,000 people per month, and that hurricane-related rains are expected to exacerbate the disease’s spread.

Rally organizers stated on their Facebook event page that Haiti has yet to fully recover from the 2010 earthquake, cholera epidemic or effects of last year’s Hurricane Matthew or this month’s Hurricane Irma, and cannot safely incorporate 50,000 more residents.

In May 2017, Kelly extended Haitian TPS for six months, advising recipients to be prepared to return. He said Haiti demonstrated improved conditions, citing that many of the camps serving those displaced by the earthquake had closed, the Haitian government had declared plans to rebuild the president’s residence and the U.N. had withdrawn its stabilization mission. He said at the time that he expected the six months would allow TPS recipients and the Haitian government to prepare for repatriation.

According to Haitian-Americans United, Inc., the Trump administration is expected to decide by Oct. 23 whether to extend TPS for Haitians past the Jan. 22, 2018 expiration date. TPS recipients from other countries such as El Salvador and Honduras also faced deadlines on their status. 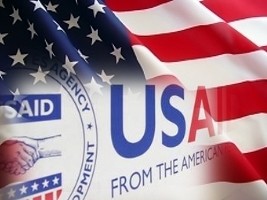