The exciting and important Belmachann.com eCommerce site — selling unique, sought-after Haitian artisanal products made by Haitians in the Caribbean nation and the disapora — is coming from the HaitiNexMedia, parent company of The Haitian Times newspaper.

The products are wide-ranging — from clothes to health and wellness items, artworks, jewelry, food products and more. The concept of the site is to bring consumers and producers together, said Garry Pierre-Pierre, The Haitian Times’ founder and CEO of Belmachann.

“The time is propitious for Belmachann,” said Pierre-Pierre, whose The Haitian Times just celebrated its 20th anniversary. “You have talented artisans in Haiti and the United States who are looking for distribution and marketing networks. With Belmachann, they can create and leave the rest to us.”

Pierre-Pierre said Haitian-Americans and others would buy handmade and artisanal crafts and goods, but too often the products are hard to find here at affordable prices.

He explained that Belmachann also works for Haitian entrepreneurs looking for markets and promotional opportunities for their many products. And Belmachann plans to branch out to other markets and sell goods from Africa and other Caribbean nations.

“In today’s media landscape, it’s not enough simply to provide information, you have to interact with the audience in a more granular way,” said Vania Andre, The Haitian Times’ editor and publisher, who also serves as Belmachann’s chief operating officer. “That means finding out what they need and offer it to them.” 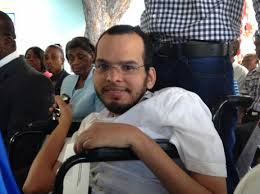 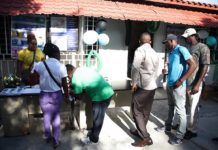