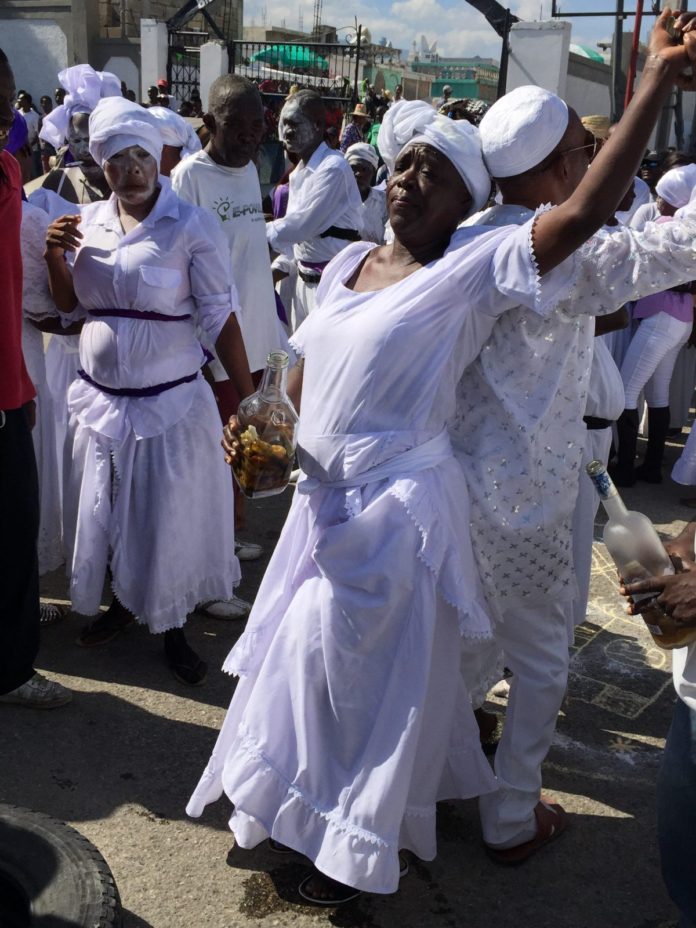 Haiti has a population of 11 million and reports 31 cases of confirmed coronavirus and one death as of today (April 10, 2020). Several hundred diagnostic PCR tests have been done.

The Dominican Republic (DR) has 10 million people and shares the island of Hispaniola with Haiti. The DR reported several days ago that they have 2,349 coronavirus cases with 118 deaths. Thousands of Dominicans have been tested.

Since the summer of 2015, hundreds of thousands of people with Haitian blood have been sent back to Haiti from the Dominican Republic. However, within the last couple of weeks, thousands of Haitians in the DR have been fleeing back to Haiti to escape the virus. They fear not only the viral illness but what could happen to them by their Dominican neighbors if they show signs of the virus.

“A daily exodus of Haitians fleeing the rapid increase of coronavirus cases in the neighboring Dominican Republic — many evading military patrols and medical screenings as they sneak back into Haiti through the closed land border — is raising concerns about Haiti’s ability to halt the spread of the deadly virus.

“Even in normal situations, managing the flows at the borders is incredibly difficult,” said Giuseppe Loprete, the country director for the United Nations’ International Organization for Migration. The agency has adapted its tracking of migrant flow along the 224 miles dividing Haiti and the Dominican Republic on the island of Hispaniola to support the ongoing preparedness and response to the COVID-19 global pandemic.”

During recent months in Haiti, healthcare workers have staged numerous walkouts, protesting a lack of essential supplies and abysmal sanitary conditions in Haitian hospitals. Unsurprisingly, hospitals in Port are reporting they are utterly unprepared to face the looming pandemic. Medical staff have limited access to Personal Protective Equipment (PPE), and quarantine rooms (in public hospitals) are nowhere near fit for that purpose. (Haiti Support Blog)

Consequently, Haitian doctors and nurses who work in Haiti’s public hospitals, have publically said that they will not care for Covid-19 patients unless they have the proper PPE. And they don’t really believe that the Haitian government will be providing it for them.

And why doesn’t Haiti have PPE? Well, I cannot say for sure, but is anyone surprised? Their dysfunctional health care system does not have much of anything.

However, there was an article from the New York Times yesterday which spins the situation a little differently and describes “modern-day piracy” which may limit some countries from having adequate supplies to fight the virus.

“As the United States and European Union countries compete to acquire scarce medical equipment to combat the coronavirus, another troubling divide is also emerging, with poorer countries losing out to wealthier ones in the global scrum for masks and testing materials.

“Scientists in Africa and Latin America have been told by manufacturers that orders for vital testing kits cannot be filled for months, because the supply chain is in upheaval and almost everything they produce is going to America or Europe. All countries report steep price increases, from testing kits to masks.”

And even if the Haitian health care providers had the requisite PPE, so what? Haiti has only 130 ICU beds in the entire country and most of them are not functional. And there are an estimated 64 ventilators in the country–but ventilators don’t run themselves and need to be controlled by highly trained physicians who are able to monitor the settings while evaluating the patient’s clinical status at the same time.

It is easy to understand how Haitian medical staff may lack PPE, but what about the United States? The US medical providers have been short on PPE also. How can this be?

And to make matters worse, threats have been made against numerous doctors and nurses by their hospital administration when they spoke out on social media and reported that their workplace was not safe because PPE was not sufficient to protect themselves and their patients in the face of the growing Covid-19 pandemic. Both physicians and nurses in the States have lost their jobs for stating this. And many other healthcare professionals have said they feel they can’t tell their story for fear they too will face disciplinary action from their employer, as reported by Medscape Medical News.

Currently, the US is in the middle of social distancing. However, this public health maneuver attempting to “beat the virus” has been politicized.

“Attorney General William Barr late Wednesday suggested that the federal government in May should begin relaxing some of the “draconian” social distancing restrictions imposed throughout the U.S.

“Barr said in an interview with Fox News that the U.S. had to be “very careful” to ensure some of the measures being “adopted are fully justified, and there are not alternative ways of protecting people” amid the novel coronavirus outbreak.

“I think, you know, when this — when this period of time is — at the end of April expires, I think we have to allow people to adapt more than we have and not just tell people to go home and hide under the bed, but allow them to use other ways — social distancing and other means — to protect themselves,” he said.

“Leading health experts have continually called for keeping social distancing requirements in place until the U.S. sees a significant and consistent drop in the number of hospitalizations from the virus. Those requirements have devastated the economy, leading to a wave of business closures and a surge in unemployment applications.”

In short, human lives compete against the economy and time will tell which wins out.

In Haiti, where people live on top of each other, it is very hard for the poor to practice social distancing for so many reasons. The poor in Haiti are like the poor in the United States–they both need to provide for their families during this pandemic.

“…the government of President Moïse Jovenel has called for people to isolate themselves, stay home, frequently wash their hands and engage in social distancing.

“But on $2.41 a day or less, it is hard to feed yourself and your family and buy the soap, and in many instances, the water, needed to wash your hands. Most poor Haitian families live in a single room, which makes social distancing impractical, especially since their neighbors are just a wall away.

“If people don’t go out to work, they starve.”

And if the challenges in Haiti are not big enough, many Haitians do not believe that coronavirus even exists in Haiti. They believe it is a white man’s disease that they will not get.

However, data from the United States is telling a different story.

“Black Americans are overwhelmingly dying of the coronavirus at much higher rates compared to others in some major cities. But most federal officials and states are not keeping track or releasing racial data on coronavirus victims.

“While black residents make up about 29% of Chicago’s population, a whopping 72% of the city’s residents who have died from COVID-19 so far are black. And according to the public health commissioner, 52% of those testing positive are black.”

And in New York City—

“As of Wednesday morning, more than 3,500 residents had died of coronavirus, the city Department of Health and Mental Hygiene reported. That figure does not count more who died at home and were not tested for the virus.

“Health disparities and access to care play a key role. Many essential workers holding down jobs like driving buses, childcare or in grocery stores are black. As the pandemic continues to take a toll on health and economics, there are calls for addressing underlying racial inequities.”

Eric Topol, MD reports in Medscape his view of this pandemic–

“The handling of the COVID-19 pandemic in the United States will go down as the worst public health disaster in the history of the country. The loss of lives will make 9/11 and so many other catastrophes appear much smaller in their scale of devastation. Perhaps what we in the medical community will remember most is how our country betrayed us at the moment when our efforts were needed most.”

And in Haiti, Dr. Ernst Noël, of the Faculty of Medicine and Pharmacy, in Port-au-Prince, believes that a projection of 800,000 deaths from COVID-19 is not an exaggeration.

Other Haitian experts are talking about 1,000 deaths per day in Haiti by May and the distinct possibility of burying bodies in mass graves as was done after the Haitian earthquake in 2010.

I hope all of these predictions will be wrong. But looking 700 miles north and seeing what is happening with Covid-19 in the States, Haiti most likely will not be spared. 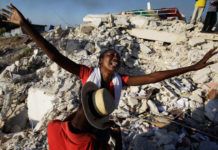 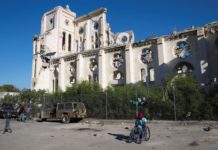