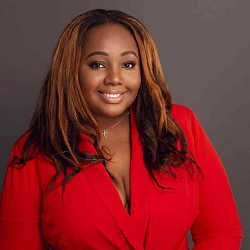 A Brooklyn-based Haitian-American entrepreneur is on a mission to lead her fellow country folk living abroad to invest in the city of Cap-Haitien, commonly known as Okap — Haiti’s bustling northern city. Maritza Boudoir spearheaded “Thriving Okap,” — an initiative that encourages the economic revitalization of her home city from other Haitians interested in investing in the Caribbean nation. She says the city is open for business and if Haitians wanted to seek out a location in Haiti outside of Port-au-Prince.

“There are lots of opportunities for Haitians in the Diaspora to get involved. Okap has a rich history and a growing tourism industry which could be very lucrative for the local economy and entreprene­urship,” said Boudoir. “There are risks but the opportunities are also there, with hard work, faith, dedication, and tough skin — we can thrive as a community.”

Thriving Okap aims to present the issues and possibilities the city have, connect prospective investors with major players in the city, and analyze the various industries and find ways those problems can be resolved with business creation. And the prospects the country overall can offer is abundant.

“The land in Haiti is very fertile so there are opportunities to expand in several areas such as agriculture, environment, and manufactur­ing,” she said.

To jumpstart on bringing the initiative’s efforts forward, she connected with fellow Haitian-American and founder of the Haitian cultural site L’Union Suite, Wanda Tima. She says the pair share similar aspirations on Haiti’s improvement, and Tima’s influence within the Haitian Diaspora could raise awareness about the project.

“We are both from Okap and I always admired her work in promoting our culture and her drive as a social entrepreneur, so when I had the intention of launching “Thriving Okap,” I knew she would be an effective media partner,” said Boudoir. “Her company does a fantastic job at bridging the gap between the locals and the Diaspora.”

Other than Okap being Boudoir’s place of birth, she chose the city as the location for this initiative because of it being the country’s urban hub in the north, its fascinating past, and her established connection to it.

“Okap is the second largest city and it’s rich in history, and as we are talking about Haiti being the first black independent nation — most of that history stems from the north,” she said. “‘Why Okap? Why not Okap?’ I had to start somewhere so I went with what I love and know best. If there’s any social, cultural and economic revolution to take place in Haiti, Okap is definitely the nucleus.”

She says very often Haitians living abroad show little interest in going back to create economic development because they may view the country’s problems as challenges, but Boudoir wants to shift those attitudes and show that there are favorable options.

“I am an entrepreneur at heart and a woman who is deeply connected and committed to her country, and instead of focusing on the problems, I decided to focus on the possibilities which is why I launched Thriving Okap,” she said.

One of Okap’s biggest economies is self-employment through the strong presence of vendors, according to Boudoir. And the existence of such an industry shows the desire the city’s locals have finding work for themselves. She said that other emerging industries such as technology is growing rapidly and helps ease the way business owners connect.

With Thriving Okap, Haitians interested in starting a business in Haiti should make visits to the city to assess what is there, and the team will make contact with established businesses they are in collaboration with, to determine the avenue one can delve into.

Boudoir added that Okap was like any city across the globe and with an uptick in investment and job creation, the city will grab more interest that will benefit its growth.

“Part of the reason the economy of any country works is when people have the opportunity to buy, and part of that is creating jobs, and in order to create jobs, we need thriving businesses. With “Thriving OKAP,” the focus is on local entreprene­urship,” she said. “When we create jobs, we decrease poverty and elevate the standard of living. But if we can educate people, we can change their mindset, and let them know that they are valued because feeling valued is at the core of every human being.” 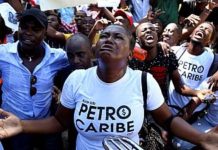 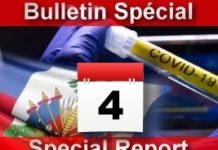