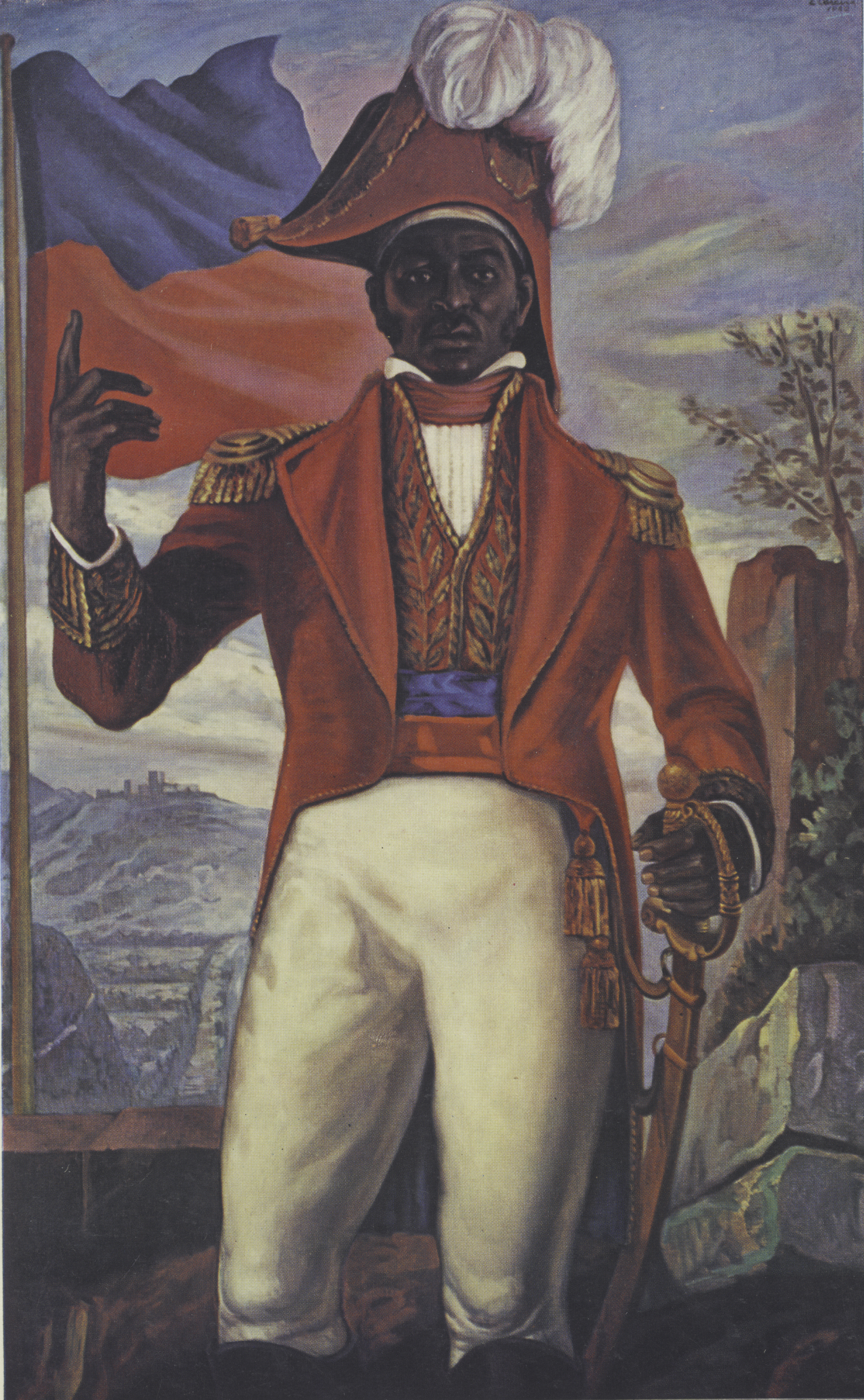 “We have dared to be free. Let us dare to be so by ourselves and for ourselves.”

The death of Jean-Jacques Dessaline is a public holiday in Haiti. Haiti dignifies no other individual with an official national holiday.  He is considered the “Père de la Patrie.”

Born to Congolese parents, Dessalines was born on a plantation in an area called Cormiers, (today, Cormier), in the hills near the town of Grande Rivière du Nord 25 kms from Cap-Haitien. That plantation belonged to a French man named Duclos. The young man was ultimately given the name of Jacques Duclos. There isn’t much history about his parents, but there have been mentions of a beloved aunt, Victoria Montou, that he affectionately called “Toya.” At the age of 30 or so, he would be sold off on the market and be bought by a free black man named Dessalines, at which point he changed his name from Jacques Duclos to Jean Jacques Dessalines. He worked as a field hand for the black master until 1791, when he joined the slave rebellion that broke out in the colony amid the turmoil caused by the French Revolution.

Upon joining the slave revolt that would ultimately lead to independence, Jean-Jacques followed the example of early band leaders, Boukman, Jean François and Biassou. He became a lieutenant in the Army of Jean François. He followed Jean François when he lent his services to the Royal majesty of Spain. There, he met Toussaint Bréda, who we would later  come to know as Toussaint L’ Ouverture who himself, was climbing the ranks and gaining notoriety for his successive brilliant victories against forces far superior to his. When the French Republic proclaimed freedom for all slaves, Dessalines followed Toussaint who rallied to the French flag in order to fight the armies of the Spanish and British crowns.

Unable to read or write, Dessalines was nonetheless a quick study under L’Overture earning the nickname “the Tiger” for his fury in battle.  In 1794 Dessalines’s military skill and leadership was vital to L’Overture’s success in capturing the Spanish-controlled eastern half of the island, and in return, L’Overture made him governor of the south.

For a brief period of time after L’Overture’s capture in 1802 Dessalines appeared to be siding with the French, but the move was nothing more than a ruse designed to trick the French into trusting Dessalines so that he could regroup the insurgents and continue the fight for independence.  It was successful. They expelled the French from Saint-Domingue, and on January 1, 1804, Dessalines, as governor-general, proclaimed the entire island of Hispaniola an independent country under the Arawak-derived name Haiti.

Independence, however, did not bring peace, and from January 1804 until his death two years later, Dessalines “governed with terror.”  Like L’Overture, Dessalines had himself appointed governor “for life.”  The following September , emulating Napoleon, he adopted the title of emperor as Jacques I—and crowning his wife, Claire-Heureuse, empress.  Fearing a French resurgence and the reinstatement of slavery that would accompany it, he ordered the massacre of approximately 5,000 of the island’s white men, women, and children declaring “I have saved my country. I have avenged America.”  It was a move that two of Dessalines most influential generals, Alexandre Pétion and Henri Christophe, could not countenance and one that spoke to the growing political instability of the new government.

On October 17, 1806, Dessalines met a violent death at the hands of his own lieutenants when he was ambushed; his body dragged through the streets before it was dismembered.

Sources: (1) “Jean-Jacques Dessalines: Demon, Demigod, and Everything in Between” by Lindsay J. Twa; (2) Blackpast.org “Dessalines, Jean-Jacques (1758-1806)” by Deborah McNally; (3) “Death of Dessalines Remembered in Haiti” by Aglobalworld.com; (4)  “Jean Jacques Dessaline Emperor of Haiti by the Editors of the Encyclopedia Britannica