We are one orchestra, one American organization in Utah, sharing our music to show support for Haiti. We hope our actions will inspire U.S. political leaders.

About 20 of us from the Utah Symphony recently spent a week in Cap-Haitien, in the north of Haiti. It’s about an hour-and-a-half flight from Miami. Close and yet so very, very far.

We were there for the National Orchestra Institute, a partnership with Building Leaders Using Music Education. For the second year in a row, BLUME had brought together about 100 Haitian musicians for a week of intensive training.

I’m the conductor of the Utah Symphony and I first learned about the institute last year when John Eckstein, one of our cellists, told me in an email that “we just want you to know that 17 of us are going to Haiti on our week off to teach music.” The musicians were volunteers raising their own funds for the trip from private donors, he explained, and added, “you might want to think about supporting this institute…” But I didn’t even get that far. I was already thinking to myself, “Am I free that week? I want to join them.”

This year, I was even more determined to go after recent unfortunate comments attributed to our president about Haiti and other parts of the world. I was thinking that if we can show our Haitian counterparts that we are with them and not against them, or worse, ignoring them, then we have made a difference. Even if we are just a drop of water in an ocean.

So there we were, professional musicians prepared to talk about technique and intonation to people (some of them with no electricity, very little clean water) who are taking care of sick parents and struggling to have access to education.

Their instruments were often in disrepair. We had brought many with us, violins, violas, bows, a horn, trombones, music books and scores to give them. We also brought a luthier and bow maker so they could be instructed on how to repair their own stringed instruments.

My initial reaction was to go easy — to take into consideration the way they live and the obstacles they face. But then very quickly I realized, absolutely not. They didn’t need to feel apologetic because of their current level of playing, and I didn’t need to feel sorry because some of them don’t have a proper house. Art is not just about perfection, it’s about the experience and what that experience can bring. Art can create solidarity and fraternity, as opposed to divisiveness.

I was very demanding (in French, since I’m Swiss!) but also very patient. They have said they want to create a National Orchestra of Haiti one day, so they deserved to know what it means to be an orchestra. They were so hungry to learn. For many of them, this week is the highlight of the year.

They worked hard. They had four hours of lessons with Utah Symphony musicians in the morning and three more in the afternoon with me. Our musicians instructed them on their own playing and on how to teach their instruments to others. They also led section rehearsals to prepare them for the concert that would cap our week.

As a conductor, I had much to tell them. Nobody had ever shown them how to tune as an orchestra, so that took a few minutes. And in an ensemble, you have to listen to each other so precisely — with this idea that playing exactly together, they can create a wave of beauty. You have to give them encouragement and be very patient. But they are so committed, it is beautiful to watch. Honestly, when you see them achieve the right tone, it’s breathtaking. You know that you have opened doors, and that these doors will lead them to even more discoveries. They don’t need to tell you — you see it in their eyes, in their smiles, in their body language.

They just want to work, to learn, to be better.

The last evening they performed Tchaikovsky’s Symphony No. 5, and after the concert we had a celebratory meal together. I made a little speech at the end. They kept telling us how grateful they were. But I told them they absolutely don’t realize how much we receive and learn from them with their genuine desire just to know more — about everything. Our commitment is our way to show them we love them.

It’s one thing to make yourself feel collaborative by making a donation, but it’s a completely different thing to give your time. To take the initiative and be prepared to be confronted by a different world and to give of yourself. The minimum we can do as artists is to share what drives us every day. A week a year to share and to translate what the notion of art can bring to life in general, it’s not too much.

I am so proud of the musicians of the Utah Symphony for bringing us there in the first place. We are an orchestra — just one American organization, committed to both our work in America and in developing countries like Haiti, and to the notion of sharing what sounds can bring. We hope to inspire our leaders through our actions.

Thierry Fisher is the music director of the Utah Symphony, principal guest conductor of the Seoul Philharmonic, and a frequent guest on international podiums. 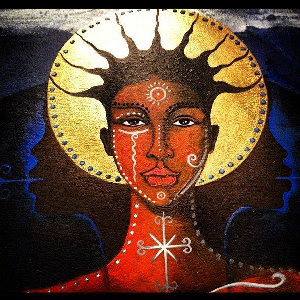