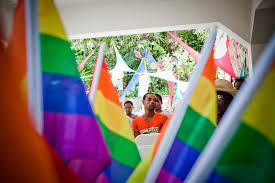 The majority of the western hemisphere sanctions same-sex marriage and adoption for LGBT parents, but outliers remain, as Haitian same-sex couple Maksens Denis, 49 years of age, and Loubentz Raphael 30, know firsthand about their country.

Without enjoying any legal recognition, the gay couple lives in Port-au-Prince with a son.

“We live as a couple. Ever since the first day we found each other, we haven’t been separated. And things have gone pretty fast since the beginning. We felt a very strong connection, so much so we were sure we were created for each other. And so we wanted to live together,” Denis told Reuters.

This modern family, however, is the exception in Haiti.

“I suffer a great deal because we can’t live freely. We can’t live how we want to. We have had a lot of problems and additionally, there are a lot of protesters; the Christians, those from other foreign religions according to whom, homosexuality is an import, even though it’s intrinsic to humans at birth. Homosexuality exists in every society on the planet,” Denis went on.

There is no recognition of gay marriage or adoption in Haiti. In fact, Haiti’s senate passed a law this past summer that would make same-sex marriage an act that can result in a prison term of three years and an $8,000 fine.

Living as a sexual minority is so taboo in Haiti the country was forced to cancel last year its first-ever LGBT film festival after the building it was to be held in was targeted with threats saying it would be burned down.

One of the few advocates in the country is the non-profit HIV and Support Prevention Organisation, SEROvie, which was founded in 1999 to advocate for the rights of the LGBT community. In speaking to Reuters, SEROvie’s director, Reginald Dupont, explained how gay rights are a marginal issue in Haiti.

“Human rights organisations defend human rights, but not for gay people. They exist to defend the rights for everyone, but when a situation arises involving gay people, they are not there. But they say they are Christian, come what may,” he said.

Indeed, Denis and Raphael’s drive to establish a life for their family has not been without struggles. During the interview with Reuters, they said they’ve been physically targeted in a homophobic attack when stones were thrown at them during a ceremony celebrating their union.

“Certain organisations, like ‘SEROvie’ support us when we suffer from acts of violence, as I did. But the national police provides no such protective guarantee. On the contrary, for them, it’s all our fault. We have no rights. We have no place to express ourselves. If you come forward as gay, you get thrown out, without any help,” Raphael said.

Another activist, Shirley Moreau, who works for the Haitian Women Against Sexual Discrimination and Stigmatisation, told Reuters the struggle for LGBT Haitians extends to basic everyday survival.

When a gay person looks for a job, they won’t find it. That’s because, as they say, gay people are to be rejected by society. They don’t receive any education. They are also discriminated against in the health sector. For example when a gay person, or a transgender person is sick and goes to a hospital, they don’t receive any care for their ailment, but are rather encouraged to change their lifestyle.”

Many journalists in the nation shy away from even discussing the issue. And so with few activists advocating for them, most LGBT Haitians are forced to remain underground. 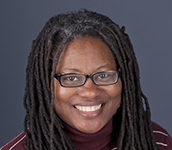 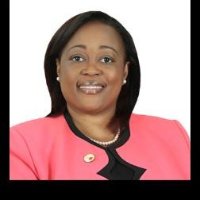