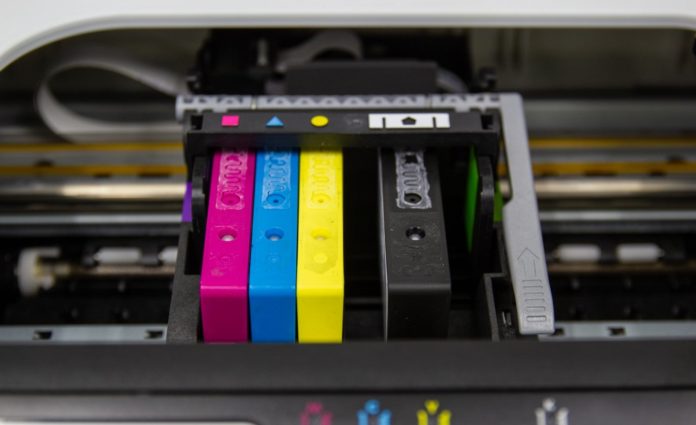 The company is one of several working together to reduce plastic waste.

The next ink cartridge or computer gear you buy might have an invisible but noteworthy history: Some part of it may once have been an empty soda bottle plucked from a distant shoreline.

Last fall, HP unveiled a laptop line made partly from recycled plastic, and at this year’s CES technology show, it introduced all-recycled accessories such as totes and backpacks. Most of the Palo Alto, Calif.-based company’s ink cartridges are already 45 percent or more recycled plastic, and it aims to use 30 percent recycled plastic in all of its printing and personal computing products within the next five years. Such initiatives contributed to the company’s No. 1 spot on the America’s Most Responsible Companies ranking Newsweek recently published.

Every year, some 8 million tons of plastic end up in the world’s oceans, harming marine life and contaminating food supplies. As the problem becomes painfully visible in pictures of floating debris and ensnared animals, some companies are recognizing the imperative to act. In 2016, HP announced it would use plastic collected in Haiti to make ink cartridges, and since then it has diverted more than 35 million polyethylene terephthalate (PET) bottles — the kind often used for water and sodas — into its products.

Ellen Jackowski, HP’s head of sustainability strategy and innovation, says she often gets asked about whether the company is using renewable energy. The answer is yes, but only 1 percent of the company’s carbon footprint is its own operations. The majority, she says, is in the energy people use when they plug in the products and in the materials used to make those products.

The company takes a multi-pronged approach to managing plastic. First, it tries to reduce its plastic use by making products lighter and slimmer or by using alternative materials such as molded pulp for protective packaging. But sometimes plastic is unavoidable, and that’s where recycling comes in.

Some of the recycled material comes from its own devices and ink cartridges, which customers can bring to stores or, in some cases, ship directly to the company. But HP is trying to build a bigger supply chain that begins with waste plastic processed in Haiti and elsewhere.

As an island nation with no municipal garbage collection and uneven access to clean water, leading to reliance on bottles, Haiti has abundant waste plastic.

“If we don’t create a collection community for that plastic, the plastic ends up on the beaches and flowing into the ocean,” Jackowski says. “Instead of those plastic bottles being waste, they can be a job or an income opportunity.”

Individual collectors harvest plastic and sell it to HP’s recycling partner in Haiti. Currently, the plastic is shipped to a washing facility in South Carolina then processed further in Montreal. A new $2 million washing line is in the works.

“By investing in that recycling infrastructure in Haiti, it takes costs out of the supply chain, Jackowski says, “but it also elevates the capabilities of what we’re building.“

Other companies are moving in a similar direction. A consortium called NextWave, which includes HP, Dell, IKEA, GM, Herman Miller and five other companies, fosters collaboration on how to integrate more recycled plastic in supply chains. Dune Ives, executive director of the environmental campaign group Lonely Whale, launched NextWave to engage corporations on the issue.

“There are a lot of recycled plastics for which there are no buyers. We can send them to recycling centers, but it doesn’t mean they’re going to get recycled,” Ives says.

NextWave members share ideas and lessons learned on sourcing and reusing plastic. Ives shares the story of one unnamed company, for example, that had to shut down a processing plant because the plastic it was recycling smelled bad. The material wasn’t being dried properly, they learned from another NextWave member that was already using the same type. The group helped the company solve the problem, and now its recycling facility is back online with plans to scale up.

NextWave began with HP rival Dell’s effort to integrate plastic material into packaging. But a driving idea behind the consortium is to have even competitors working together.

“Having HP join was really important to us, because they have so much experience in this area and we all really needed to benefit from that,” Ives says. The company’s progress in rolling out new products featuring recycled plastic, she adds, “absolutely exceeds all expectations that we had for them at this stage.”

Other examples of recycled products from NextWave members include bike company Trek’s mountable water bottle cage made from fishing nets recovered off the coast of Chile and carpet tiles from Interface made out of dumped fishing gear. Of course, these efforts are capturing only a tiny fraction of the waste plastic heading into the world’s waters, but the hope is that they can provide a model for others to follow.

“These companies, by themselves, might not have continued to move forward if they didn’t have their peers supporting them,” Ives says. “They push and drive each other to go further than they thought they could.” 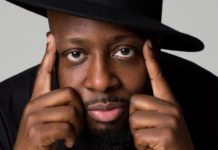 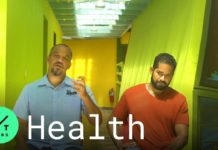