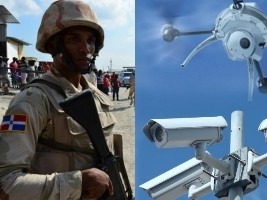 President Danilo Medina, confirmed at the 174th anniversary of the independence of the Dominican Republic (February 27) the establishment of a new security plan on the border with Haiti, including a set of measures to prevent thge massive entry of illegal Haitians in Dominican territory declaring “Dominicans have their own national project, which is neither better nor worse than those of other countries, but it is ours and our responsibility is to strengthen it and to work for it […] We understand that to be good neighbors we must respect and even collaborate, but we must also know where a house starts and where the other ends […]”

Medina also mentioned the strengthening of the crossings where there is the greatest flow of people emphasizing “We will coordinate all the institutions that work at the border: brigades of the army, navy and army of CESFRONT and the Directorate General of Migration (DGM) so that they can effectively apply the Dominican law on the border. ”

As part of the technological means involved in the surveillance, President Medina said that a fleet of long-range UAVs and infra-red detection systems for night surveillance, will be deployed as well as hundreds cameras that will be added to some 200 surveillance cameras already deployed at the border.

On Friday, March 2, Lieutenant-General Rubén Darío Paulino Sem, Minister of Defense declared “The Dominican Republic has put in place a new security plan on the border with Haiti” explaining that the 900 soldiers announced by President Danilo Medina for control the illegal migration arrived Thursday at the border to be deployed there. Indicating that these reinforcements are in addition to the 4,500 soldiers already deployed along the border, bringing the total number of soldiers to 5,400 military TO which are added the CESRONT men and the Marine and Air Force units as well as the staff of intelligence and migration (DGM)

He also said that the increase in surveillance at the border other than land, will also be provided by air and sea (coastal), including between Montecristi (North-West) and Puerto Plata (North), and Pedernales and Barahona (South West).

With more than 10,000 Haitians in irregular migration, deported from the Dominican territory or returned to the border on average each month, more and more moderate political observers no longer hesitate to qualify the situation of “peaceful invasion”. Even the high Dominican religious authorities call on the Medina Government to take control of the situation with respect and transparency… 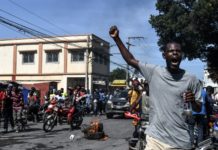 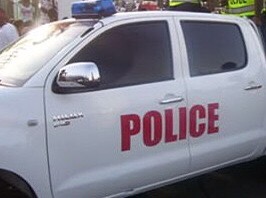