As a child in Haiti, Madelange Laroche dressed her dolls in fashions she’d made herself.  As a teenager, she made school uniforms for herself and seven relatives. She dreamed of a career in fashion, designing formal wear and wedding dresses.

Then life derailed her. Emigrating to the United States and learning a new language was challenging. To support herself and her brother, she took up nursing, working her way up from home health aide to certified nursing assistant to licensed practical nurse.

“I thought, ‘Well, I can do fashion on the side and be a nurse full-time,’ ” Laroche said.

That didn’t quite happen. Four years ago, she began studying for a bachelor’s degree at Moore College of Art and Design. She dazzled in the classroom while working more than 40 hours a week at two nursing jobs. Her work won designer Frank Agostino’s critic’s choice award at a student showcase.  Last week, a dozen friends and family members — many of whom had traveled from Haiti and Florida — came out to support her at her senior fashion show at the Barnes Foundation.

At 36, the new Moore graduate is finally finding her way into fashion. She’s not deterred by her age or her responsibilities. Those who know her say they have a difficult time imagining anything can hold her back now.

“She’s absolutely driven, and I think she can make a go of it,” said award-winning fashion designer Danny Noble, who worked with Laroche at Moore. “I’m sure she makes a decent income as a nurse and it’s incredibly admirable that she has such courage and drive.”

Agostino, who has been judging Moore student contests for about 12 years, said Laroche was definitely in his top 10, maybe even the top five. “I have great respect for her. If anyone could make a living at it, she’s the one.”

Laroche’s unique background and life experiences infuse her design aesthetic. She paints or weaves fabrics as she learned to do as a child. Classic silhouettes are embellished with details and embroidery, and extremely complex designs are superbly constructed, Noble said.

Her dream is to create formal wear, specifically wedding gowns. When her bridal wear first appeared on the runway last week, there was a collective gasp from the audience.

“It’s just a matter of time,” said Le Tran, who teaches technical design to Moore seniors. “She can do anything.”

Laroche was largely raised by her grandmother while her mother worked as a dry cleaner and seamstress in the U.S. She remembers picking up scrap fabric and making her first doll dress at 7. She showed it to her sister.

“She said, ‘That’s very nice,’  but I didn’t know if she was telling the truth or not, but since that day, I started making doll dresses,” Laroche said.

When Laroche was 12, her mother returned to Haiti after five years away.  To reconnect with the family, Laroche’s mother asked whether any of the children would like to learn how to sew.

“Nobody said anything,” Laroche recalled, “and I felt so bad for her, so I raised my hand and said OK.”

Laroche and one of her brothers sat down and learned how to take measurements and cut fabric and made a pencil skirt. It was Laroche’s true start as a designer.

“I never stopped. I never stopped looking for fabric,” Laroche said, describing how she’d hide in her grandmother’s closet and hand-sew the older woman’s garments into new shapes and styles that would fit her.

Then, she said, she’d wait until the rest of the family had gone to church to emerge wearing her grandmother’s now-altered clothes.

When she was 16, Laroche persuaded her grandmother to let her make the school uniforms — a white blouse and an olive green skirt or pants — for the family. She changed the design, adding olive green accents to the shirts. School officials protested and demanded the uniforms be, well, uniform. But within weeks, about half of the school’s students had altered their shirts accordingly. Administrators gave in.

“They said, ‘Well, it’s a lost game’ and it became our school uniform and it made us stand out,” Laroche said. “I don’t know but I think they were proud that a 16-year-old could do that.”

In 2001, with high school completed, Laroche moved to Florida to live with her mother. After two aborted attempts at attending a fashion school — cost and the language barrier held her back — Laroche took a friend’s advice and tried nursing.

It was steady work, just what she needed after she settled in Philadelphia and took in her 33-year-old brother, who has mental handicaps that weren’t fully understood in Haiti. She decided to get her bachelor’s degree in nursing and began taking classes at Manor College.  She still designed and made clothing — dressing the entire bridal party for a relative’s wedding, designing both a ceremony and a reception dress for a teacher   — but fashion design became a hobby, not a destiny.

And then, during a meeting with her college adviser, the truth burst out: She wanted to go to fashion school. She would love to open a made-to-order wedding dress business. The adviser was surprised. Another student who’d overheard the conversation told Laroche to look into Moore, where Project Runway Season 10 winner and Philly native Dom Streater had studied.

Four years later, her senior show was about to begin and Laroche was nervous and excited. She wore an off-white lace appliqué formfitting dress that she had started making at 11 p.m. the evening before.

A U.S. citizen is among those arrested for the assassination of... 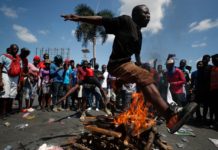 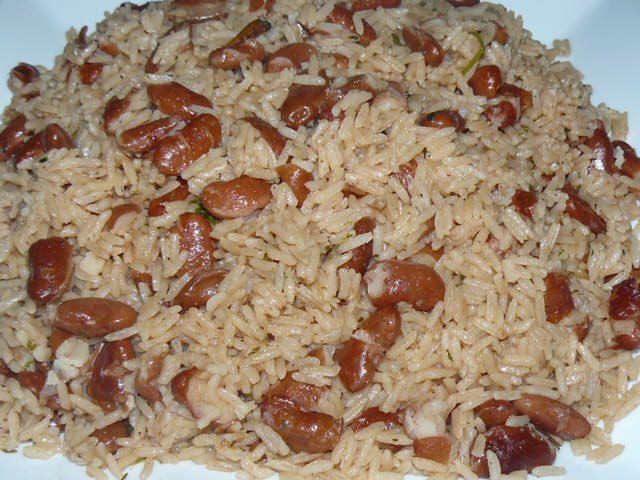