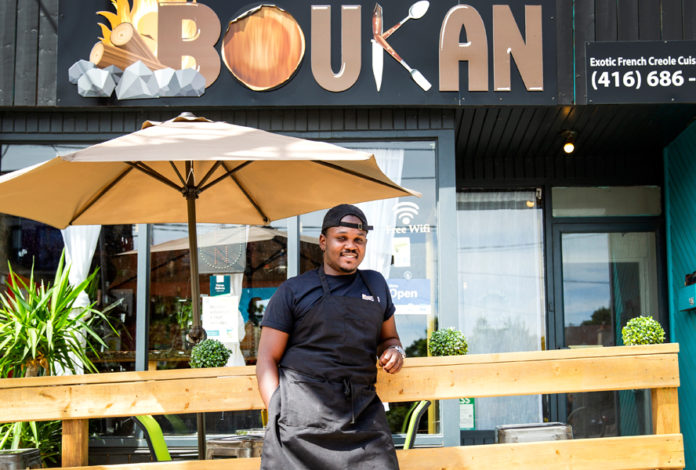 Like most great chefs, Marc-Elie Lissade jumped at the opportunity to fill a global food gap in a major metropolis. After leaving Haiti at age 11, Lissade spent some time living in the United States before setting down roots in Toronto in the hopes of opening his own restaurant. And that’s when, in December 2019, Boukan was born – a Haitian food joint offering French-Creole street fare.

“Street food works in Toronto because it’s open to many styles of cuisine,” he says. “And we don’t already have a lot of Haitian or Creole cuisine here.”

Lissade excels at Haitian comfort foods (think: deep fried and delicious). Boukan is a vibrant space packed with eye-popping colour located on Toronto’s Kingston Road. The walls, dedicated to the work of local artists and signatures left behind by satisfied customers, illustrate the importance of ancestral ties and community.

His passion for food comes from his close bond with his grandma, a bona fide chef in her own right. Growing up, it was she who taught him many of the homemade seasonings and recipes that make Boukan such a hot spot destination for foodies.

It’s hard to deny how Lissade’s attention to history, family meals and community have become the main ingredients to his restaurant’s success (FYI: he also has his own catering company called Black Apron Events and garnered the top award from 2018’s Taste of the Caribbean!).

A Place in History

Given his penchant for connecting with family through food, it comes as no surprise that Lissade turned to his ancestral roots when brainstorming a restaurant name – in particular, a groundbreaking moment in Haitian history.

The Haitian Revolution is widely considered one of the most significant moments in the history of the Atlantic World. It lasted for more than a decade, beginning in August 1791 before concluding in January 1804 with the self-liberated slaves exerting independence over French colonial rule in Saint-Domingue (now Haiti). The event bears the distinction of being the only slave uprising to result in a state led entirely by non-white rulers and former captives.

Prior to the revolution, enslaved Haitians would gather around a campfire (boukan) to shares stories, dance and enjoy food together. It’s that specific aspect – a community coming together – that ultimately inspired Lissade to take a page from his ancestors’ history book for the name of his restaurant. “After 1804, Haitians were [finally] able to celebrate,” he says. “For me, Boukan is our culture and it represents history and a place of celebration.”

If one were to map out Lissade’s career trajectory, from his catering company Black Apron Events to Boukan, it would start with his grandma. At only eight years old, Lissade was a chef in training, assisting his grandma with her catering company – running around grabbing the ingredients and cookware she needed. Even now, any reference to his grandma will take Lissade on a trip down memory lane.

“I remember every Saturday night we’d have fritay [pronounced free-tie, a general term for fried food] and griyo [deep fried pork]. We’d sit down and she’d tell us stories,” he recalls. “We always looked forward to that.” (Griyo also happens to be his favourite recipe to make with his grandma, which Boukan customers can find on the menu).

Every family has its own fiercely guarded kitchen secrets that are passed on through generations. When asked if there’s a specific tip or secret ingredient that his grandma taught him over the years, Lissade gives a reluctant laugh. “Yes. It’s really about the process of [prepping] the food,” he says. “She taught me to cook with three senses: smell, sight and texture. When you’re cooking, you’re always running around tasting different things, so your taste buds change. [Slowing down and paying attention to] those senses is what helped her become a better cook. Now, at 32, I understand why she was cooking that way.”

A Place to Gather

There’s a real sense of community woven into the very fabric of Boukan, from the rotating work by local artists featured on the walls to recipe-sharing with fellow chefs.

“I wanted the place to be open to everybody,” he explains. “We all get stronger through collaboration with others.” And that collaboration takes on many forms.

For starters, Lissade rotates the artwork featured in his restaurant roughly once a month to make room for new pieces and local talent. “I don’t want to go to a restaurant where the same artwork has been on the wall for 15, 20 years,” he says. “Yes, this is a restaurant, but it’s also an art gallery where I open it to all local artists in Toronto. People can purchase it and it is full commission to them. I don’t take money from it because I know how hard it can be – unless you’re a Picasso.”

Even the story behind one of Lissade’s favourite “secret ingredients” has a communal backstory. “I have a close friend who lives in Miami and she’s a Haitian chef,” he says, citing her influence on one of the most popular recipes he’s crafted for the menu. “When I was opening Boukan I thought it’d be a crazy idea to offer a vegan burger. We [Haitians] love meat, but I wanted to be different.”

The result was the wildly popular Burger Boukanye featuring a plant-based patty, pickled onions, vegan Creole mayo and, the secret ingredient, djon djon – a rare black mushroom only found in northern Haiti. “I’m not vegan, but I thought it was so good,” Lissade says of his collaboration with his friend. “The seasoning in it is the one I learned from my grandma, so you can’t find it anywhere else.”

As for the global pandemic that shuttered the vast majority of businesses around the world, there was no way to predict the fallout for a restaurant as young as Boukan. “I was very worried,” he says. “We’re not even a year old, so when COVID happened I didn’t know what to do. We weren’t eligible for help from the government because we’d only been open for a few weeks last year.”

Enter: the very community he’s sought to bring together through food. “Thank God for the support of the Haitian community and our neighbours – they supported us like there’s no tomorrow. If it wasn’t for them, I think we would have been closed by now.”

To learn more about Boukan Owner and Executive Chef Marc-Elie Lissade, tune into the @AmexCanada #ShopSmallStories Twitter episode here. The Twitter Original series was created in partnership with American Express Canada in support of their Shop Small program, a national movement, backed by a Cardmember offer, to encourage Canadians to get behind their local small businesses and help revive communities. 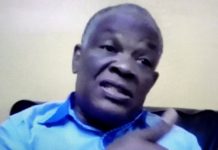 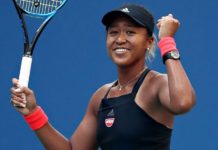 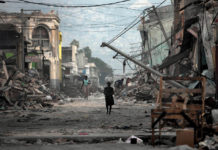