Joe Biden has hired Karine Jean-Pierre, a veteran African American political strategist, as a senior adviser to his presidential campaign as the presumptive Democratic nominee pivots to the general election campaign.

Jean-Pierre will advise on strategy, communications and engaging with key communities, including African Americans, women and progressives.

“This really is the most important general election in generations,” Jean-Pierre told The 19th, a nonprofit newsroom, in an exclusive interview Monday night. “I’ve known Joe Biden for 10 years now. I believe he’s a man of integrity, he’s a man who knows how to lead, he’s a man who knows how to use the levers of government to help people and he’s the man who could beat Donald Trump in November. For me, as a black woman, I just could not sit this out.”

Jean-Pierre, 43, will begin her role with the Biden campaign next week. She gained prominence in 2008 as the southeast regional political director for then-candidate Barack Obama’s history-making presidential campaign.

She served in the Obama White House as regional political director before working as deputy battleground states director on his 2012 reelection. In the latter role, Jean-Pierre handled political engagement in key states including Ohio, North Carolina, Pennsylvania and Florida.

Separately, the Biden campaign announced Tuesday that it hired Obama campaign alum Julie Chavez Rodriguez — who previously worked as co-national political director for Sen. Kamala D. Harris’s presidential campaign — as a senior adviser, making her the highest-profile Latina to join the team as Biden struggles to shore up his support with Hispanic voters headed into November.

Biden’s swift rise this spring was fueled largely by black voters — particularly black women, who are regarded as the backbone of the party and seen as key to a winning general election coalition in the fall. Energizing these voters will be crucial to the record turnout needed to topple Trump. Black turnout was down in 2016 from historic highs in 2012 and 2008, when the country elected its first African American president.

Jean-Pierre said her hiring signals that Biden “understands how he became the presumptive nominee.”

“Black voters, black women, have helped him get to this point,” she said. “When everybody was counting him out, black voters spoke out. I am so proud and excited as a black woman watching how black women have exerted their power … we had to say loud and clear this (the actions of the Trump administration) is not okay.”

“She will be able to communicate his agenda in an authentic way that I think will resonate importantly with African American women, but also with the entire country,” Jarrett said in a telephone interview. “It’s a coup for vice president Biden and his campaign.”

This story is part of a collaboration between The Washington Post and The 19th, a nonprofit newsroom covering gender, politics and policy. 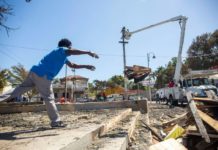 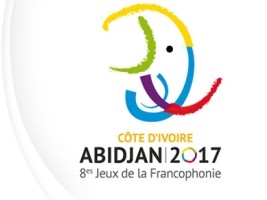 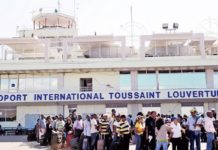