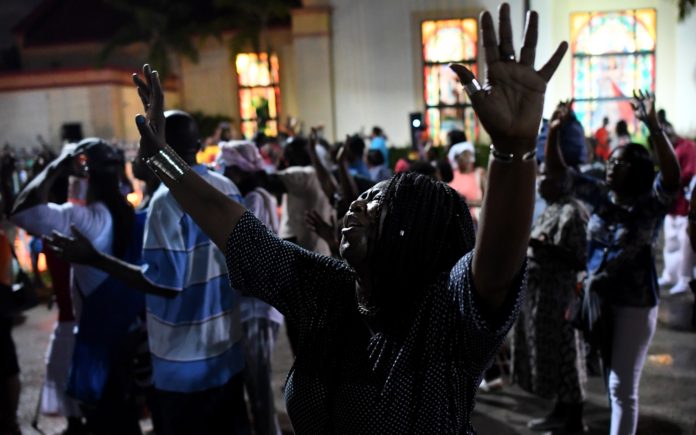 Almost every day, it seems, a parishioner comes to Father Reginald Jean-Mary with the same plea: Pray for us, we’re scared. We can’t go back, not now.

They live in fear of a forced return to Haiti, a country where they were born and that they love, but one that’s been paralyzed by poverty, violent protests and a debilitating cholera epidemic.

They fear even more for their American-born children, who, unlike them, would be eligible to remain in the only country they’ve ever known. For many Haitian immigrants, the idea of uprooting preteens to live for the first time in a deeply impoverished country seems out of the question.

“Haiti will always be my home by birth, but this is my new home,” said Luce Janvier, a parishioner at the church. “It’s not safe in Haiti — not now, maybe never.”

Here in the Miami neighborhood of Little Haiti — along the asphalt streets where chickens run wild and Creole is the predominant language— Jean-Mary’s cream-colored Catholicchurch serves as a refuge for Haitians from across the city.

After a magnitude 7.0 earthquake devastated Haiti in January 2010, leaving hundreds of thousands of people dead and crippling infrastructure in Port-au-Prince, the capital, tens of thousands of survivors fled to south Florida.

In a humanitarian gesture, President Obama swiftly designated Haiti as a country whose nationals could receive Temporary Protected Status, meaning they could live legally, but temporarily, in the U.S. Some found work as housekeepers and cooks, others enrolled in community colleges, and many joined churches. For nearly a decade, they have scraped together what’s left of their paychecks and sent it home to family still in the Caribbean.

Today, an estimated 46,000 Haitians have Temporary Protected Status, which was granted to those who migrated to the U.S. within a year of the quake, or who were already in America, no matter their legal status, at the time of disaster.

Nationwide, roughly 317,000 people from 10 countries, including Haiti, have the protected status, which is granted in six- to 18-month intervals by the federal government for people from countries devastated by natural disasters or war.

Shortlyafter taking office, President Trump, who had run on a platform hostile to immigrants, abruptly announced he would end TPS for Haitians as well as immigrants from El Salvador, Honduras, Nepal, Nicaragua and Sudan. Immigrants from South Sudan, Somalia, Syria and Yemen, who also have TPS, were not targeted by the administration. Even so, the status is set to expire for immigrants from the latter four countries in 2020 and 2021 if the administration does not grant an extension.

Immigrant advocates responded with lawsuits, and in 2018 a federal judge issued a preliminary injunction, allowing Haitians and immigrants from El Salvador, Nicaragua and Sudan to remain in the country through this month.The Department of Homeland Security recently announced that the agency would hold off evicting those from Haiti and the five other countries initially targeted until January 2021 as part of the ongoing litigation.

As the 10-year anniversary of the Haitian quake approaches, the legal limbo has left many law-abiding families in serious peril, said Ahilan Arulanantham, senior legal counsel for ACLU, which helped file the lawsuit that resulted in the injunction.

“They are a part of our society,” said Arulanantham, estimating that 80% are in America’s workforce, “and deserve to be treated with dignity and respect, not wanton cruelty.”

For immigration attorney Vanessa Joseph, recently elected city clerk of North Miami, Fla., the extension provides “a welcome sigh of relief, but it’s not a permanent solution,” she said.

Haitian immigrants had always known that, in theory, the protections weretemporary. But over the years, as they worked, worshiped and had children — more than half in south Florida — Haiti began to feel very far away.

Fear started to grow in the months before Trump’s announcement following then-Homeland Security Secretary John F. Kelly’s trip to Haiti to assess the situation. Kelly declared that conditions had improved, leaving many in the Haitian community concerned that the administration would soon end TPS.

Bastien still shakes her head at the decision, noting that even the National Palace, where Haiti’s president lives, remains under construction.

“The country is still in ruins,” she said. “There are the protests and violence in the country. It’s not stable.”

Trump administration officials, including in the Department of Homeland Security, have not responded to a request for comment about its decision to end TPS for Haitians.

Bastien’s group estimates that since the earthquake, Haitians with protected status have given birth to about 30,000 children — all of whom are American citizens.

“Parents wake up and do not know if they will be taken from kids,” said Bastien, who travels to Haiti and Washington, D.C., several times a year to offer on-the-ground updates to lawmakers. “Families right here in south Florida are scared.”

A report from the University of Miami School of Law found that people deported after being convicted of crimes — including nonviolent drug offenses — are much more likely to become homeless once they return to Haiti, where they are often viewed as extensions of the United States government, with which Haitians are deeply angry.

“Finding gainful employment is out of reach for many deportees,” the researchers concluded. “Many deportees do not speak fluent Creole or speak Creole with an accent that is recognizably ‘American.’”

To Bastien and many Haitians, Trump’s comments about the country have been racist. Several news outlets, including The Times, reported in January 2018 that Trump referred to Haiti and several African nations as “shithole countries” in a meeting with a bipartisan group of senators.

“There is animus toward black people — toward Haitian people — by this president,” Bastien said.

Leaving behind his mother and six siblings in Haiti to come to south Florida,he received TPS in 2011 and now shares a one-bedroom apartment with his wife, their infant son and his mother-in-law.

Nelson works long hours doing kitchen prep at a diner, but when he can, he stops by Bastien’s office, wondering how much longer he can live in Fort Lauderdale, where he feels welcome.

These days, Nelson said during an interview in his family’s living room, he often worries about being separated from his wife and son.

“We all cannot stop thinking about it,” his mother-in-law, a U.S. citizen, interjected, caressing her grandson’s chest with her index finger.

Nelson sees more opportunity here in Florida for his son — better education, quality of life — and says he would not uproot him for the instability of Haiti.

For Nelson, a decade in the U.S. has served as a balm from tragedy. He lost cousins and close friends in Port-au-Prince in the quake, and images of the destruction are seared in his mind.

“It was chaos,” he recalls, “people running in the streets.”

Since he arrived in south Florida, he says, he has worked six days a week at the same diner. And each month, he says, he sends about $400 home to his mother, who uses the money to support his siblings.

“I’m all she has for income some months,” he says.

For parishioner Janvier, life in south Florida is also about providing for family back in Haiti. Most days she wakes up before 5 a.m. and takes a bus to her minimum-wage housekeeping job at a hotel in Miami Beach. Janvier moved to Miami in 2004, and since she was already in the U.S. when the earthquake hit, she qualified for temporary status.

Janvier, who has two sons remaining in Haiti, regularly sends them part of her check.

“It’s great money, compared to what I would make in Haiti,” she said.

Janvier has traveled to Washington with Bastien’s group to meet with Florida’s members of Congress to express concerns over the looming termination of TPS.

In July, Sen. Marco Rubio, citing the ongoing “volatile” situation in Haiti,introduced legislation for an extension specifically for Haitians.

“During my recent visit to Haiti,” Rubio wrote to the Trump administration, “it was clear to me that the country is unable to absorb a large number of returnees at this time.”

For Jean-Mary, the pastor, the legal limbo means hours of prayer.

“We ask for guidance and for strength,” he prays with families. “We look for a path forward.”

Jean-Mary thanked the politicians for their work in the community, at the church and in the halls of the state Capitol. Then, he singled out Joseph, the immigration attorney, who had attended the church as a child.

“She is always here bringing legal guidance,” he said in Creole, “especially for those who are on TPS.”

A woman toward the back of the church clasped her hands and looked up at the vaulted ceiling. A toddler in her mother’s arms cried, and then a hush fell over the church. Jean-Mary asked everyone to bow their heads — there was a lot to pray for. 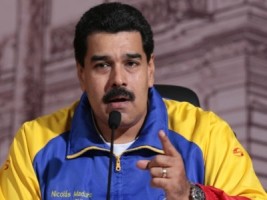