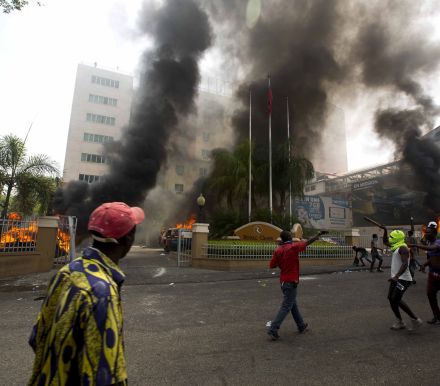 Protesters barricade a street in the Port-au-Prince suburb of Petion-Ville on July 7, 2018, to protest against the increase in fuel prices. (Photo: Hector Retamal/AFP/Getty Images)

The Haitian government suspended a fuel price hike Saturday after widespread violence broke out across the capital and in the northern city of Cap-Haitien.

Prime Minister Jack Guy Lafontant had originally said the country needed to raise prices to balance the budget and gave no indication he would back down.

But his administration bowed to pressure after demonstrators took to the streets in protest.

A journalist from The Associated Press reported seeing several hundred people on Saturday attack a Best Western Premiere hotel in Petion-Ville, one of the capital’s wealthiest neighborhoods. Guests were forced to remain inside as rocks were hurled through windows around 10 a.m. local time.

Security manned the building, but rioters shattered the main entrance before moving to another hotel. 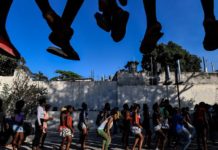