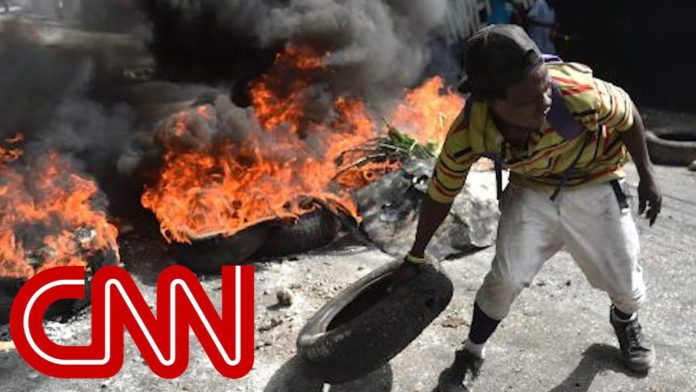 (CNN)A number of US missionary groups are stranded in Haiti after protesters took to the streets following a fuel price hike ordered by the government.

One group described burning barricades preventing them from reaching the airport in the nation’s capital, Port-au-Prince.
The US Embassy in Haiti warned its citizens Saturday to stay inside amid continued demonstrations in Port-au-Prince and a northern city. 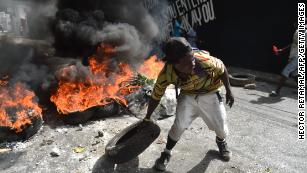 Prime Minister Jack Guy Lafontant on Saturday announced a temporary stop to the price increases and appealed for calm. Prices for gasoline were to rise 38% while diesel prices were to go up 47% and kerosene 51%, the Haitian daily newspaper Le Nouvelliste reported.

A youth group from Bradenton, Florida, that was scheduled to return from a missionary trip in Haiti is stranded until at least Monday, Executive Pastor Dewayne McFarlin said.
The group from Bradenton’s Woodland Community Church left Neply, Haiti, early Saturday for a 3 p.m. flight from Port-au-Prince International Airport, McFarlin said. Only a few miles into the approximately 30-mile journey, the group, which includes middle school- and high school-age children, encountered individuals demanding payment for access to the roadway, according to McFarlin.
They talked their way past the roadblock, but elected to turn around when they came to second group of individuals who had erected a blockade of burning tires on the road, McFarlin says.
A local colleague of McFarlin’s was riding on a motorcycle a few miles ahead of the missionary group’s bus. The friend called him to say that the road ahead was filled with similar impromptu “checkpoints,” McFarlin said.
“They weren’t government or police,” McFarlin says. “Just people taking advantage of the situation.”
The group returned to Neply but McFarlin said he thinks they won’t get out until Monday at the earliest.
“They were on a bus with the owners of the mission, the leaders, our adults, three armed guards. And they just kept getting stopped by road blocks and people asking for money. And that’s when they decided that, at that point, it was just … it wasn’t worth it, to try to make it to the airport,” Jill Kramer, the parent of one of the teens told CNN affiliate WFLA.
Pastor Jeff McCauley told WFLA he stressed that the group was conscious that it had a purpose for being in Haiti.
“Continue to let our people, if we can’t get through to them, know that we’re safe and that their continued prayers are appreciated.
“We know that we’re not here by accident. We know that God has us here for a reason, for a few extra days to make that clear. Maybe it’s so that you can share that with people, McCauley told the station.
The Glade Church in Mount Juliet, Tennessee, also has a number of members on the missionary team, which was organized by the non-profit organization myLIFEspeaks.
“The Woodland Community Church and The Glade Church team and myLIFEspeaks staff are safe on our campus in the village of Neply, Haiti and Neply is the peaceful, welcoming place we have always known it to be. Today, team members are helping with Children’s Church, playing soccer, and relaxing at a nearby pool,” myLIFEspeaks said in a Facebook post Sunday.

Jody Flowers — the lead minister from Chapin United Methodist Church, in South Carolina — told CNN Sunday that 13 members of his church were supposed to leave Haiti on Saturday but their departure date was now uncertain.
“We just don’t know when it’s gonna be safe for them to travel,” he said. “Other than just nerves, a little anxiety, they’re fine doing well, plenty of food and water.”
Flowers said the group had participated in a week of service through Mission of Hope (MOH), a faith-based organization with headquarters in Texas and Haiti. MOH would decide when it was safe to travel to the airport, he said.
MOH provides housing and transportation for volunteers who work on education projects, job fairs, and training for various trades in the country.
A member of Flowers’ church earlier told an NBC affiliate that 160 people from American churches were waiting out the protests at MOH’s office in Titanyen, about 30 miles north of Port au Prince.
MOH said on Facebook that the teams on its Haiti campus “have plenty of food, water, and security, as we continue to monitor the situation carefully.”
“Mission of Hope is thankful for our friends and family in neighboring villages, who have been so encouraging and supportive,” it said. Please join our entire MOH family, both North American and Haitian, as we pray for a quick conclusion to these demonstrations.”
Flowers expressed some sympathy for the protesters.
“When you think about the fact that some Haitians make just $5 a week and the government wants to increase the price of gasoline by 38% that in and of itself points to the reason for the unrest,” he said. “Our hearts are just broken for the people out there and we’re just thankful for our group, which has a lot of love and hope and a desire to help out however they can.”

An estimated 120 American and 100 Haitian guests are staying in a Port-au-Prince hotel where demonstrators earlier tried to set fire to the hotel and get past security, said Stacy Librandi Bourne, an emergency medical professional from HERO Client Rescue who is at the Oasis Hotel.
After the Prime Minister announced a temporary stop to the price increases the situation calmed down, she said.
US officials told tourists and missionaries to shelter in place.
“Do not attempt to travel at this time. Avoid protests and any large gathering of people. Do not attempt to drive through roadblocks,” a State Department Bureau of Consular Affairs official said.
There are no reports of US citizens in Haiti being injured, the embassy said.
American Airlines, JetBlue and Spirit Airlines said Saturday they have canceled flights to Haiti.
American spokesman Curtis Blessing said the airline canceled seven flights and will re-evaluate the situation Sunday.
Spirit said it will resume service as soon as possible.

CNN’s Steve Almasy and Keith Allen contributed to this report.

By: Susannah Cullinane and Emanuella Grinberg for CNN.com|July 9, 2018 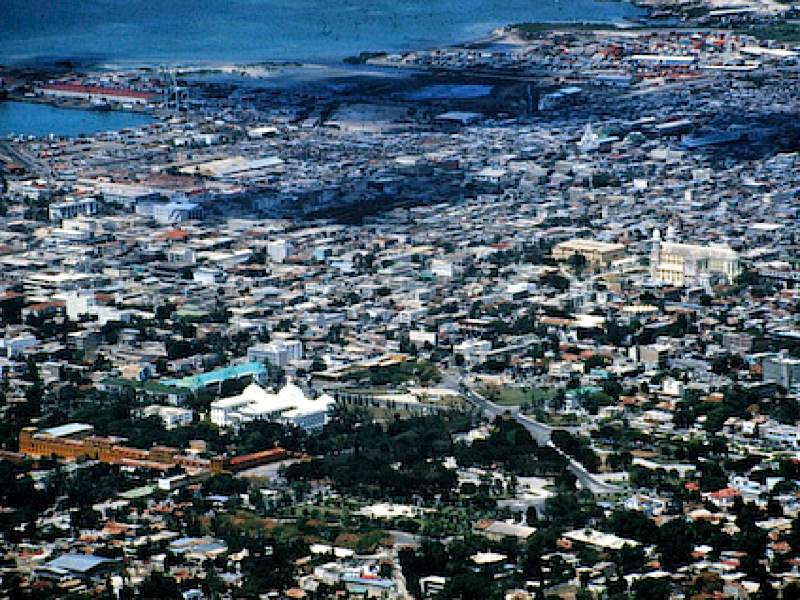 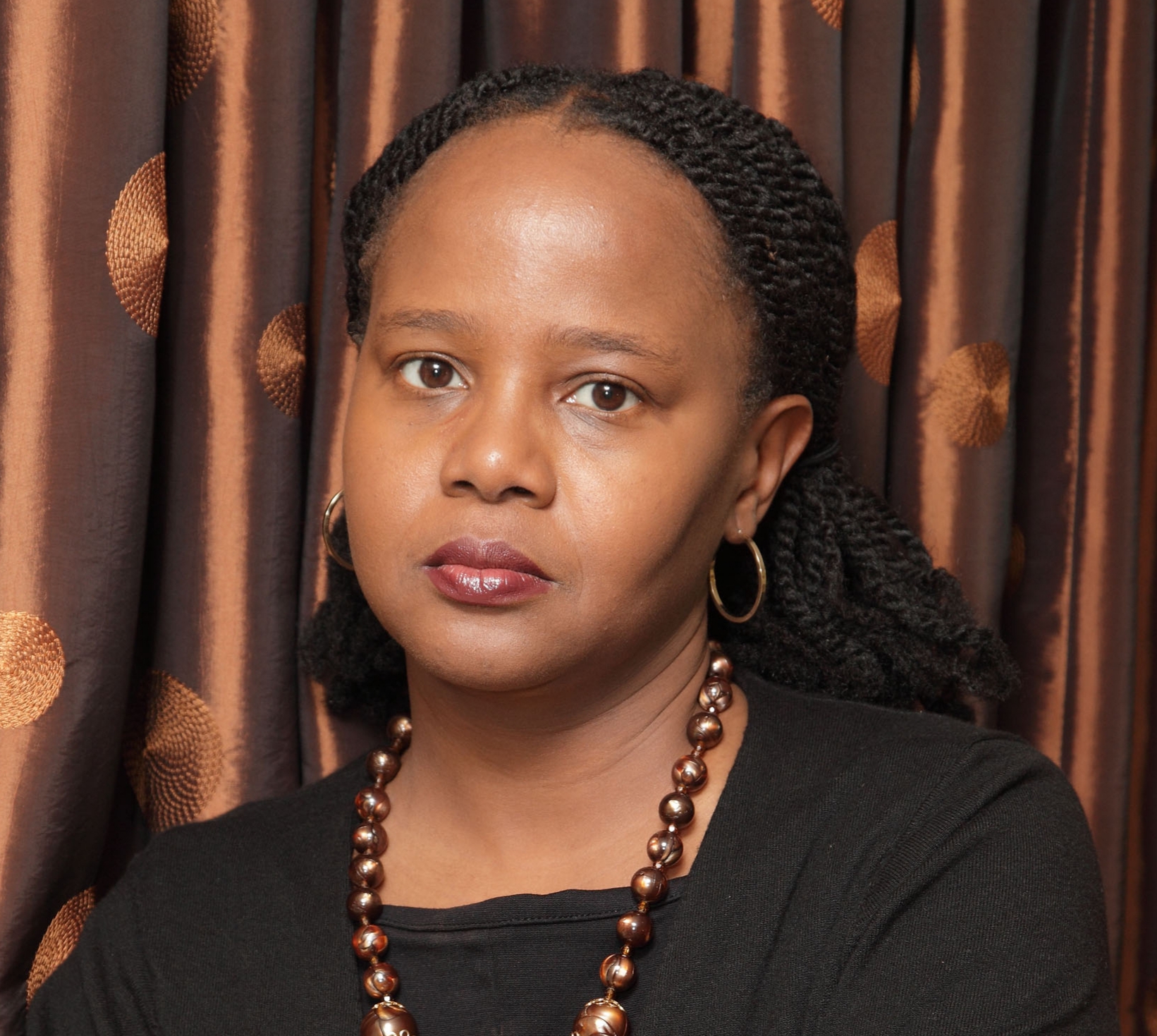 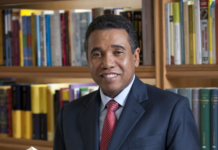