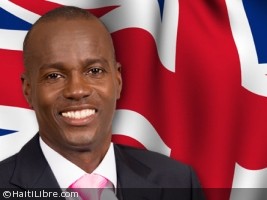 Due to a winter storm that particularly hits Western Europe the plane carrying the presidential couple and a large delegation of Haitian businessmen remained grounded in London (330 flights canceled) because heavy snowfall.

Due to an unfortunate meteorological episode, President Moïse was unable to attend Sunday evening at the evening organized by the Ambassador of Haiti in France Vanessa Lamothe Matignon, at the Hyatt Regency Hotel where he had to meet the Haitian community.

Several hundred Haitians had filled the Salon Grand Palais Royal, on the fourth floor of Hayatt in the hope of seeing and listening to the President of Haiti. Unfortunately, just before 8 am a member of the Embassy delegation announced “We regret to announce that President Jovenel Moïse is currently stuck in London because of bad weather, he will not be able to be with us tonight,” sowing disappointment, some of our compatriots having come from far away for this meeting.

However, Ministers Antonio Rodrigue (Foreign Affairs), Pierre Simon Georges, (Environment) and Pierre Marie Du Meny (Commerce) present at this evening (arrival before the storm to participate in the “One Planet Summit”, have improvised exchanges with a visibly frustrated audience. A documentary about the achievements of the Head of State during his 10 months in power was projected, without meeting the expectations of our compatriots. 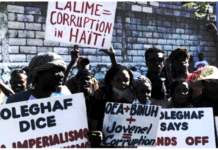 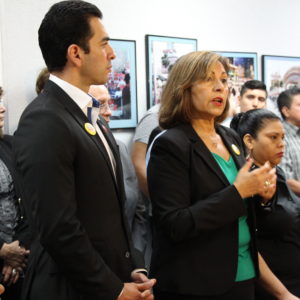