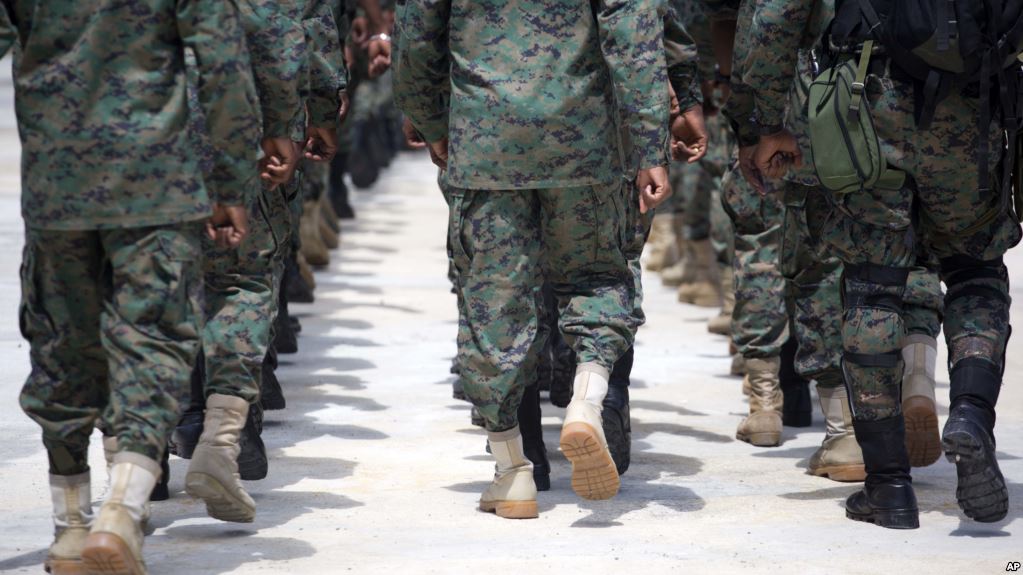 More than two decades after Haiti’s leader disbanded its army, with its history of violent coups, the Caribbean nation is about to unveil a reconstituted military.

The Haitian National Army will be formally reintroduced with a parade in this northern port city on Saturday, the anniversary of a decisive 1803 battle [Battle of Vertières] nearby that secured Haiti’s independence from France.

“The army I am reinstating for you is a professional one. It is a necessity for our country. It will not be an army of repression,” President Jovenel Moïse, who took office in February, said at a news conference last week. “It will be instead an army that will help out when a hurricane strikes our country. It will help repair roads. This is the army I have promised you.”

Moise aims to distinguish it from the military that overthrew Jean-Bertrand Aristide in 1991. When Aristide reclaimed the presidency in 1995, he dismantled the army and put security in the hands of the civilian Haitian National Police. That force now has roughly 15,000 officers.

In contrast, the army has at least 150 recruits, young men and women mostly engaged in building up the impoverished country’s infrastructure, Defense Minister Hervé Denis said at news conference Monday. Since their selection in late summer, they have set up a medical clinic in central Haiti and begun fixing roads.

“But we know that we cannot have an army of that size the next day” because of budget constraints, he added.

Haiti’s government has allocated $8.5 million for defense spending in the 2018 fiscal year. Denis acknowledged funding challenges but, according to the Miami Herald, said the armed forces’ patrols could stem annual losses of $200 million to $500 million in contraband coming from neighboring Dominican Republic.

The army’s restoration draws mixed reactions at home and abroad.

But Wednesday marked the third consecutive day of street demonstrations in Cap-Haïtien, the country’s second-largest city, with hundreds of public high school students protesting spending on a new military when their teachers have gone unpaid for months.

Their rallying cry: “We don’t want an army, we want an education!”

“The country has other priorities that are more important than the army,” Edouard Innocent, the city’s former mayor, told VOA in a phone interview. He said Moise should “prioritize economic development, education, health. … I think this army is [a means] for the president to secure his power.”

Right to an army

Ciné Aneus Daneus, a lawyer in Cap-Haïtien, pointed out that Haiti has the constitutional and sovereign right to an army. He called for “a professional army” to protect the country’s borders and provide aid in case of natural disasters. He added, “This force must not be involved in politics.”

Nenel Cassy, a Haitian senator, told VOA he worried that the army would strain the national budget and could be used to suppress political dissent. He said its reinstatement created “a chaotic situation.”

The army’s reinstatement comes a month after the end of the U.N. Stabilization Mission in Haiti (MINUSTAH), aimed at steadying the leadership after the 2004 military coup. That effort has given way to the U.N. Mission for Justice Support in Haiti (MINUJUSTH), meant to strengthen the justice system, policing and human rights protections.

The United Nations and foreign governments, including the United States, discouraged Haiti from reviving its army. Instead, they supplied financial aid and training for the Haitian National Police.

Kenneth Merten, the State Department’s special coordinator for Haiti, said the U.S. government disapproved of a reconstituted Haitian army because of that army’s history of coups d’etat. He told VOA’s Creole Service early this year that the U.S. has “spent a lot of money so Haiti could have a police force that is competent and transparent.”

‘Good reason to be nervous’

Given the high degree of international involvement in Haiti, restoring the army brings “a sense of nationalistic pride with certain elements of the population,” Geoff Burt, executive director of the Canada-based Center for Security Governance, told VOA.

But “there’s good reason to be nervous,” added Burt, who has explored the issue’s complexities in a report last year for the International Journal of Security & Development.

One argument is that rebuilding the army could distract from the “more important priority of building a more effective, accountable police force.”

“The big problem isn’t with the army per se, it’s the connection to the political process,” Burt said. “… Will the army become a player in Haitian politics? That’s what everyone would like to avoid.”