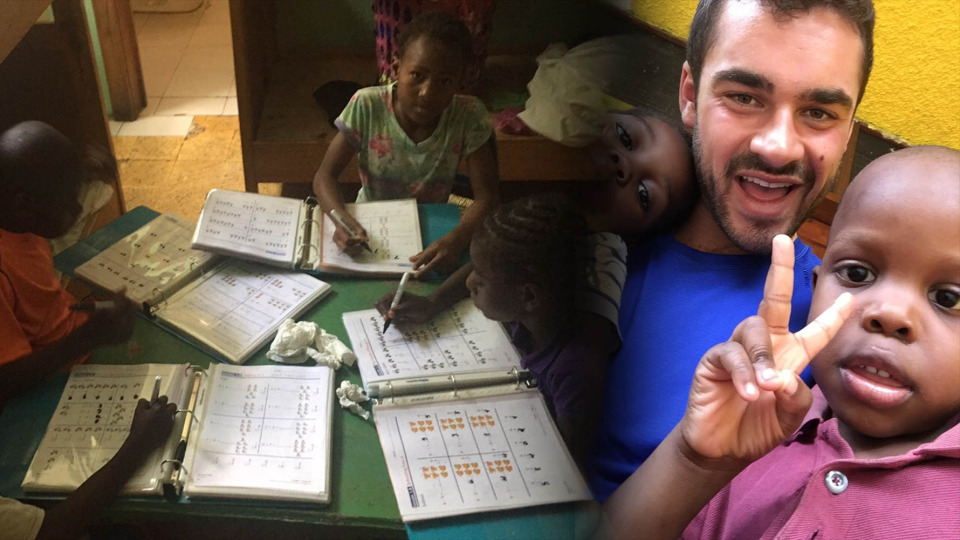 NOTRE DAME, Ind. – When Miguel Delgado decided to volunteer in a poverty-stricken area, he knew he wanted more than just a tourist trip. He wanted an opportunity to give his time to those who needed it, particularly children in a third-world country.

That is exactly what the Notre Dame men’s golf junior got this summer when he spent 10 days volunteering at La Maison de nos Petite Enfants (The Home of Our Little Children), a Haitian orphanage that has provided shelter for children in Haiti since the 7.0 magnitude earthquake in 2010.

After volunteering in the mentoring program at Darden Elementary School in South Bend during his sophomore year at the University of Notre Dame, Delgado became increasingly interested in the role poverty plays in education. His time working with the children in South Bend led Delgado to declare a poverty studies minor in addition to his finance major within the Mendoza College of Business.

In the spring of 2017, the Novato, California, native began searching for a mission or service trip that would allow him to focus on providing help to those living in poverty. Delgado looked for opportunities outside of well-known organizations to ensure he would receive the experience he desired.

“Those types of trips are more about having fun and sightseeing than they are about really delving into the community,” explained Delgado. “I didn’t want to waste my time on a socialization type of trip. I wanted to be out there making a difference and getting the full experience. If I do it, I want to go the full nine yards.”

In spite of his efforts, Delgado had no leads on where he could take such a trip until he had the good fortune to be matched up with Utah golfer Nate Wunderli at the National Invitational Tournament in Tucson, Arizona, last February. The athletes were randomly paired together for the tournament, which gave their parents a chance to get to know each other. Unbeknownst to Delgado at the time, Wunderli’s parents, John and Deborah, advise and fund an orphanage in Haiti that would provide Delgado the opportunity he craved.

“I was watching Nate, and Miguel’s mom was watching Miguel,” said John Wunderli, Nate’s father. “The two of us were really the only two people following, so over the course of four-and-a-half hours we talked about a lot, including how our family had adopted children from Haiti, and how there was still this orphanage there. Miguel’s mom then told me about how Miguel was interested in taking part in a more hands-on, intense service experience.”

At the conclusion of the tournament, Delgado had the chance to speak with John Wunderli about the orphanage and his interest in traveling to Haiti to assist the children. In the brief conversation, the two exchanged contact information and, throughout the next three months, Delgado was in constant contact with the Wunderlis.

“That’s what was the really impressive thing about Miguel. He was very persistent in wanting to go and do something, which was really surprising,” admired Wunderli “My expectation of kids that age is that they are a lot of talk, they want to do a lot of things, but you don’t see a lot of action. With Miguel, he was persistent until we did something and put a trip together.”

After their months of preparations, Delgado, the eldest Wunderli daughter, Rachel and her adopted brother, Makendy, traveled to Haiti in late June to assist at the orphanage for 10 days. Deborah Wunderli had put together a pilot educational program for Delgado and her two children to follow for the duration of the trip.

The group had a six-page list with 150 mathematical concepts to test the children on. After splitting into groups, Makendy, who speaks Creole, translated the English textbooks while Delgado and Rachel taught the assignments.

Rachel and Delgado had only a short, one-page list of English to Creole translations, so much of their connection with the children was based on their presence in the orphanage and the affection they were able to give the kids during their time there. Even with Makendy translating and relaying instructions for the school day and for after-class activities, the best way to conquer the language barrier was to focus on physically showing the children that they were there to help them and love them.

“From the instant we got there, there was never a second when you didn’t have five kids climbing on you,” said Rachel. “You are already really hot and dirty and trying to getting things down, and then there are five little ones wanting to play with you or touch your face or feel your hair.”

While many of the children were orphans, a large subset of the Haitian children at the orphanage were dropped off by parents who no longer had the means to take care of them. These kids not only needed an education and the opportunity to find a new family or life in another country, but also the affection that they have been missing after being separated from their families.

“Most of them came from rough backgrounds, so they never really had someone who cared or loved them. They just want affection and someone to hold their hand and play with them. It was really cool to be able to excite those kids and make them feel loved for the time I was there,” said Delgado.

Since he was living in the orphanage, the only time Delgado wasn’t interacting with the kids was when he turned in for the night. He and the Wunderlis slept on thin pads that were drenched with sweat from the constant heat in Haiti. Every night they went under mosquito nets and hoped that the electricity would turn on so that they could use fans to cool down. They had little to no access to clean water, and there was no running water at all. All three volunteers were on the same meal schedule as the children in the orphanage, which meant they only had one meal per day.

It was the grueling, intense, hands-on service experience that Delgado had asked for, and thanks to his skills and the opportunities he has had as a Division I athlete, Delgado was primed for success despite the difficulties of the experience.

“You have two things that are relevant to NCAA athletics in play here,” John Wunderli said. “The most important one is the discipline that it takes to even be an NCAA-level athlete. It is reflected in Miguel, and he is able to put those skills to good use in an environment like this orphanage. It takes a lot of patience and a lot of discipline and practice. Those things were foundational and really helped him during the trip.

The next thing it does is create opportunities to meet people all over the country when you travel. Especially golf, because it’s a unique sport in which you spend so much time on the course getting to meet people and talk. This obviously wouldn’t have happened if it weren’t for the NCAA event.”

Being a Division I athlete is a full-time commitment. It both takes and teaches a strength and determination that is necessary for success outside the world of NCAA athletics. Delgado and his summer service in Haiti is a shining example of a student-athlete bringing these qualities into the real world where he can make a substantial difference and help those in need. 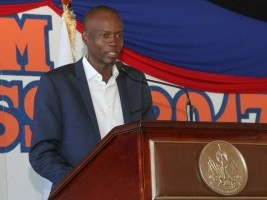