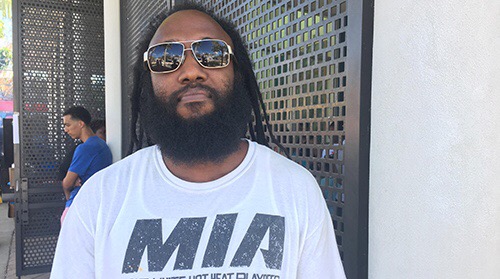 MIAMI, Fla. – In the days since Hurricane Irma knocked out his family’s electricity, Adrian Knowles (pictured above) learned that the floor is a cooler place to sleep than a bed when it’s 90 degrees and there’s no air conditioning.

“You feel kind of helpless,” he said as he ate a meal of chicken and rice on Friday afternoon – a break from the cookies and chips on which he had been subsisting during the preceding 3 days. “This is very comforting.”

Knowles and more than 500 other people had gathered in the courtyard of Miami’s Little Haiti Cultural Center on Friday afternoon for a free cookout in conjunction with the Sounds of Little Haiti, a monthly concert series.

“It’s been a week and most people have no electricity still,” said Sandy DorSainvil, executive producer of Sounds of Little Haiti. “Something like (the hurricane) can totally put people’s world upside down.”

Hurricane Irma made landfall in Florida on September 10 after breaking records as the most powerful Category 5 storm ever recorded in the Atlantic, with sustained winds of 185 mph. By the time Irma reached Florida on Sept. 10, it had been downgraded to a Category 4 storm, packing winds of around 130 mph.

While Miami was spared the brunt of the storm, widespread damage and other disruptions have been reported, including some 2.6 million people who were left without power in the immediate aftermath of the storm. One woman in Little Haiti reportedly delivered a baby in her home the day of the storm, as rescue crews were unable to reach her.

Damage estimates in Florida are in the billions, while the death toll stands at 34.

Friday’s event was one of several organized by local groups in the Little Haiti community since the storm. Nearly one week after the hurricane, most of Little Haiti still did not have electricity, and residents were struggling with downed trees, damage to their homes and spoiled food in the midst of Miami’s unrelenting heat.

Food is in fact one of the biggest challenges for storm victims. With power out and no refrigeration, most people are forced to eat out if they can afford it or rely on local charities.

In addition to the cookouts, community groups that included The Haitian American Relief Effort and Make the Homeless Smile had delivered hundreds of meals to elderly residents in their homes in Little Haiti and other nearby neighborhoods. DorSainvil estimated that the groups had fed 1500 people on Friday alone, with private donations.

“We started being proactive before Irma,” said Francois Alexandre, a community organizer with New Florida Majority, who together with other volunteers has been going door to door in Little Haiti, installing and then removing plywood over windows and clearing branches and fallen trees off of houses and cars. “People don’t want to go to the authorities. Everybody has opened up their hearts but our community has not recovered as much as the state says.”

President Trump approved disaster relief funds for Florida soon after Irma, though reports note more will be needed in the weeks and months to come.

NPR reported that residents of Little Haiti say relief efforts there are proceeding slower than other parts of the city. Francesca Menes with the Florida Immigrant Coalition says even before the storm parts of the neighborhood were already food deserts without options for fresh food. “That’s why there are organizations like ours who stepped up. Because if we’re not doing it, we don’t know who else is going to do it for them,” she told reporters.

Alexandre echoed that sentiment. “We’re going to have these events until the lights come on,” he said, but added, “How can we sustain people for the next two or three months so that we can get our community back?”

Despite the hardship, DorSainvil said that many in the neighborhood were relieved that the storm hadn’t been worse. “This is almost celebratory,” she said of the cookout. “People are uncomfortable, but no one’s grieving.” 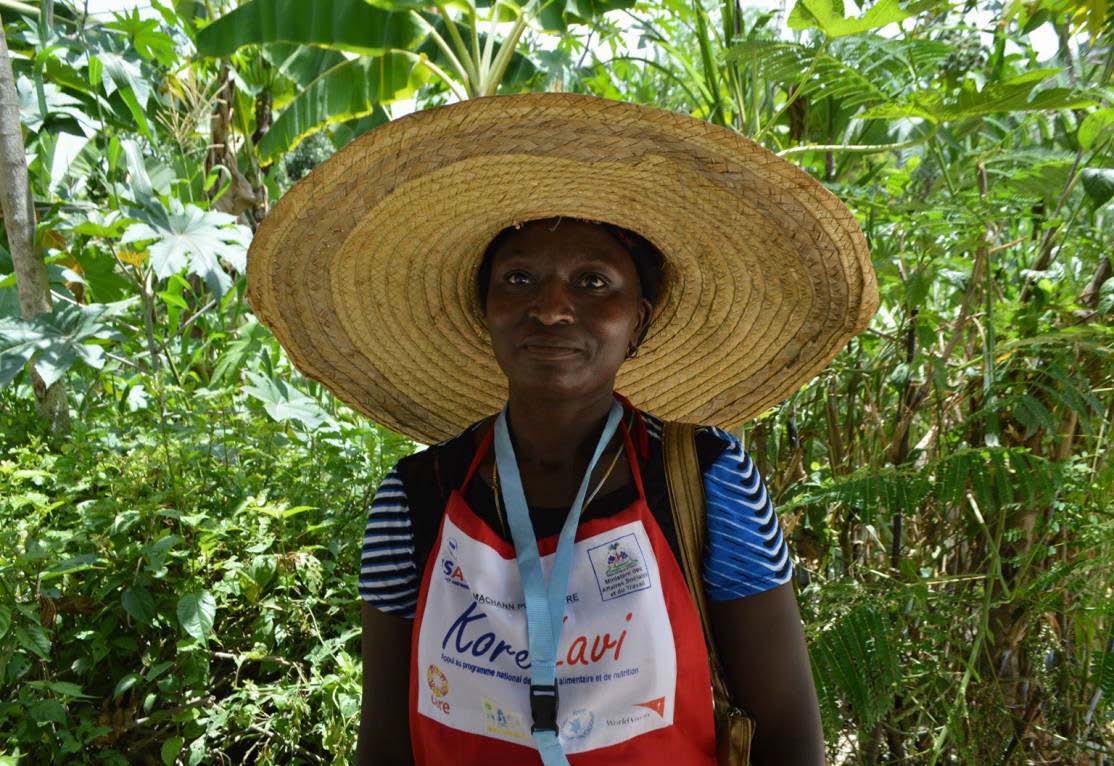 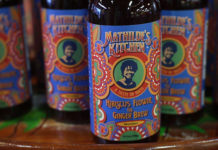