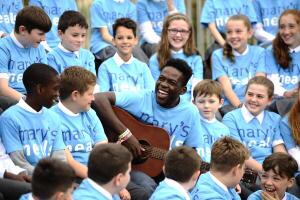 IT was a simple home-cooked daily meal but it encouraged him to stay on at school rather than join the lawless armed gangs that blighted his neighbourhood.

He grew up in the violent slum of Cite Soleil and Mary’s Meals helped him to access the education that went on to change his life.

He was given the chance to share some of his music with the youngsters during a special assembly, where he also talked about his life and took questions from fascinated pupils.

Jimmy’s home of Cite Soleil has around 500,000 people who live in houses made from rusting corrugated iron on a rubbish dump by the sea.

He witnessed nightly gun battles there when lawlessness was at its peak, from 2004 to 2007, and remembers the night a bullet struck the wall just above his mother’s bed while she slept.

But he resisted offers of money and guns from local gangs and stayed in school.

His resolve was, he says, was fuelled by the daily meal he received in school and the kindness of the people from far away who made that possible. For many years, the daily school meal was all he had to eat.

Jimmy is now the principal of the school he attended (St Francis De Sales Becky DeWine School) in Cite Soleil.

During his three-week stay, Jimmy will meet supporter groups and volunteers in Glasgow, London, Manchester, Leeds and Edinburgh. He

will also spend time in Dalmally, Argyll, where the work of Mary’s Meals began, in a small tin shed that still serves as the charity’s global HQ.

He said: “When there is not enough food to eat, every morning you wake up asking: ‘What am I going to eat today?’ It makes it so hard to keep yourself positive, because you’re hungry and you need to feed your family. And you see people with extra food and money through negative activities. If I wasn’t being fed in school, it would have been very easy for me to become a gangster.” 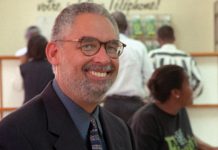 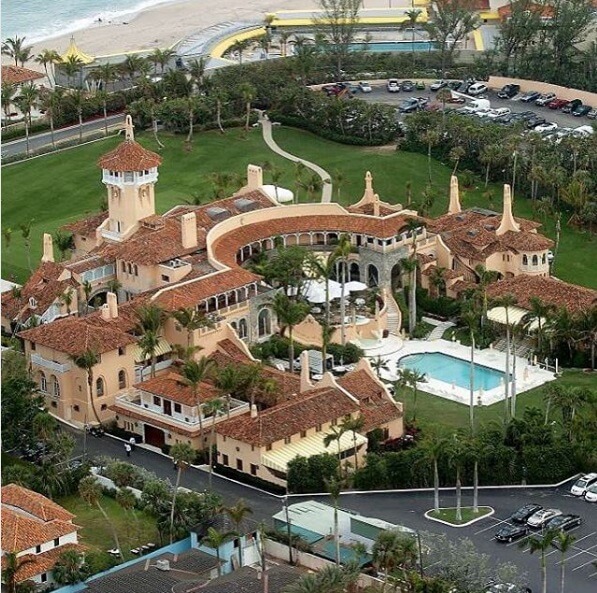