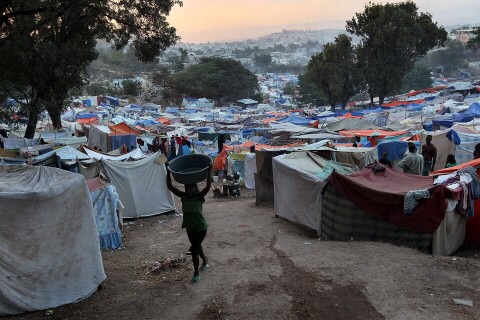 Homeland Security Secretary John F. Kelly granted a six-month extension Monday to 58,000 Haitian immigrants who have been spared from deportation since a devastating 2010 earthquake, saying the conditions in their struggling homeland are not stable enough to force them to return.

Kelly said Haitians, whose permission to stay in the U.S. was to end in July, may now stay until Jan. 22. He said he would monitor conditions in the Caribbean nation, but added that Haitian immigrants should prepare to return home next year.

“I believe there are indications that Haiti – if its recovery from the 2010 earthquake continues at pace – may not warrant further … extension past January, 2018,” Kelly said in a statement.

The announcement did not please advocates on either side of the immigration debate. It foreshadowed the battles to come next year, when the Trump administration will decide the fate of some 263,000 people from El Salvador, whose temporary protected status expires in March. Protection for about 86,000 Hondurans is set to end in January.

Temporary Protected Status is a Homeland Security program that grants short-term work permits and reprieves from deportation to immigrants from nations upended by disaster, epidemics, or war. Haitians received the status after the earthquake killed hundreds of thousands of people; it was renewed as their homeland grappled with a cholera epidemic, food shortages and acute poverty.

Many had hoped the administration would extend Haitians’ protection for 18 to 24 months. Now they face a potential deadline to pack up their lives and return to the poorest nation in the Western Hemisphere.

“We have a lot of families that are in shock right now,” said Nancy Treviño, spokeswoman for Haitian Women of Miami, an organization also known by its initials in Creole, FANM. “It’s pretty devastating to them right now.”

Temporary protection ended this week for a smaller group of people from Guinea, Liberia and Sierra Leone.

Only Haitians who were in the United States by Jan. 12, 2011, the one-year anniversary of the earthquake, were eligible to apply for protected status. Opponents of the federal program complain that it is billed as “temporary,” but often drags on for years. They also note that the U.S. government has resumed deportations to Haiti of people who came after the deadline date for protected status and have since lost their cases in immigration courts.

“If we’re deporting people to a country, then there’s no excuse for continuing TPS for a certain subgroup of illegal immigrants,” said Mark Krikorian, executive director of the Center for Immigration Studies, which favors tough controls on immigration.

Republican and Democratic lawmakers, including Senator Marco Rubio (R-Florida), and hundreds of faith-based groups had urged Kelly to grant relief to Haitians, who reside in large numbers in Florida, New York, Massachusetts and New Jersey. Rubio and other lawmakers hailed Kelly’s decision.

“Last week, I asked the White House to extend the TPS deadline for Haitians until at least January 18, and I’m glad to see that the administration agreed,” Rubio said in a statement.

Steven Forester, immigration policy coordinator for the Institute for Justice & Democracy in Haiti, said six months is not enough time for Haiti to recover from “sledgehammer blows” it has suffered.

The Jan. 12, 2010 earthquake killed thousands of people and destroyed much of the infrastructure. The cholera epidemic has sickened 800,000 people and killed over 9,000 Haitians. Last October, Hurricane Matthew wiped out crops and livestock and sparked a shortage of food and potable water.

“It gives us a chance to fight another day,” Forester said. “Six months from now we’ll be facing the exact same situation. “

Kelly noted that Haiti’s economy continues to recover and 98 percent of makeshift camps that sprung up after the earthquake have closed.

Kelly made the announcement a day before the deadline to publish a 60-day notice in the Federal Register announcing its plans for the program. 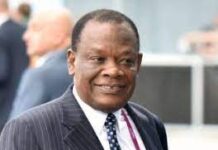 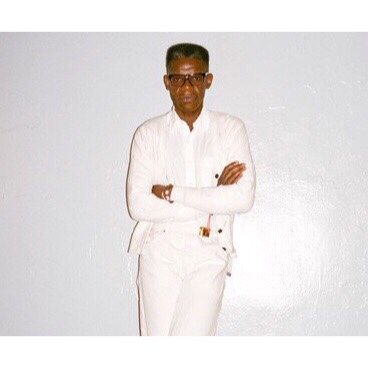