The Montreal Impact roster build ahead of the 2020 MLS season continues, as they announced Tuesday the signing of Haitian international midfielder Steeven Saba on a one-year contract. The deal includes options for 2021 and 2022, and will be official upon receipt of his international transfer certificate.

Saba, who holds an American passport and won’t count as an international player, had been in preseason camp with Montreal as a trialist.

“Steven confirmed the qualities we saw before inviting him to camp,” said Montreal Impact sporting director Olivier Renard. “We are very happy to see him join the Impact and start the second phase of training camp as a full-time player.”

Saba, 26, spent the last two seasons with Violette Athletic Club, in Port-au-Prince, Haiti, in the Championnat national. He made his senior international debut for Haiti on May 30, 2018, and has since appeared in 12 matches. Saba was named to the Best XI of the 2019 Concacaf Gold Cup group stage as Les Grenadiers made the tournament’s semifinal round.

Saba was previously part of the US U-18 national team and featured for Weston FC, a US Soccer Development Academy program based in Florida.

Montreal are busy preparing for their Concacaf Champions League opener Feb. 19 against Saprissa. It’ll be the club’s first season under head coach Thierry Henry, with their MLS opener set for Feb. 29 at home against the New England Revolution. 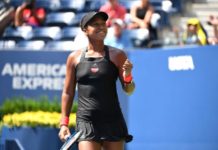