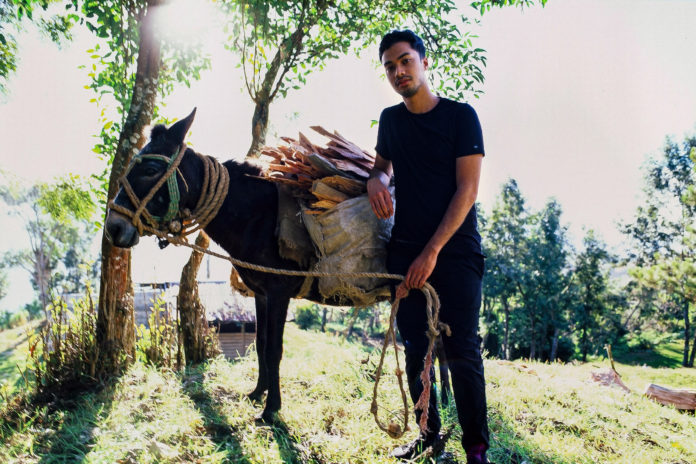 Brun became famous on the EDM circuit, but his upcoming album ‘Lokal’ channels traditional forms like konpa and rara

In the early 2010s, during the heady days when EDM was clobbering its way into the global pop mainstream, you could have found Michael Brun holding down a set at any number of rave-centric festivals. But when he toured the U.S. in 2017, he was pedaling a very different kind of propulsion: Brun’s Bayo tour brought block-party flair and homegrown talent from his native Haiti to American listeners.

These shows were a creative reintroduction of sorts — the stony dance music that fills Anglo arenas receded, giving way to the more complicated, syncopated rhythms that can be found in the musical traditions of Haiti. These shows also served as the root of Brun’s debut album, Lokal. “[During the initial dates of the Bayo tour] I was playing a lot of afrobeats [from Nigeria], and I was also playing a lot of Haitian music,” the producer recalls. “I was like, what will bridge the gap in my set? I’m gonna make that track.”

The first of these transatlantic bridge songs is “Akwaaba Ayiti,” a motoring rework of a song by the Nigerian star Mr. Eazi, out today; Lokal will follow on the 28th. The album’s arrival coincides with a wave of new attention for Brun: He has been working with the Colombian reggaeton superstar J Balvin and also gained the support of YouTube, which picked him for its Foundry program, an initiative dedicated to elevating international independent artists. Taken together, this marks an emphatic transformation for Brun, from one-time four-on-the-floor maven to transatlantic polymath aiding the spread of Caribbean hybrids throughout the U.S. and Africa.

Brun’s metamorphosis began when he started returning to Haiti regularly to work at the Audio Institute, a non-profit that offers two years of audio education. Brun is on the board — as are Arcade Fire and Paul Oakenfold — but he found himself absorbing new musical language as if he were a student. “Working with rara bands, traditional voodoo rhythms that people would play in big street processions, and a lot of different types of Haitian artists, learning the history of the sounds, it started making a lot more sense,” he says. With familiarity came a new interest.

Between 2016 and 2018, Brun released three songs that captured his gradual immersion in the sounds of his homeland: “Wherever I Go,” “Gaya” and “Bayo.” “After three years in a row trying to mix Haitian music and international music, I was like, ‘I’ve gotta run with this,’” the producer adds. He was encouraged by the enthusiastic responses of artists from both camps — not only the Haitian singer Lakou Muzik but also the international dabbler Diplo.

Brun’s re-immersion in the styles of Haiti came against a backdrop of shifting tastes in the market for pop around the world. “What you considered for years the dominant American pop music style suddenly is not that cool anymore,” the Lisbon-based producer Branko explained last year. “People are looking for other perspectives on pop music that are more interesting, more vibrant, less of a creation of a bunch of A&Rs in a room talking about very abstract concepts. They want something that actually happened in the street and gathered a proper following and then developed into a YouTube hit.” As a result, styles like Brazilian baile funk and Nigerian afrobeats have enjoyed new recognition far from their countries of origin.

That could bode well for Lokal, which achieves moments of poised synthesis. There are traces of house music in “Ede’m Chante” — it samples the Chicago legend Mr. Fingers — and “Peze Kafe,” where keyboards pulse with the comforting tones of Nineties pop-dance cuts. These threads sit easily next to rara horns, which add a thick, blurting energy but require a particular sort of precision. “You play a single tone, and you can only go up and down an octave,” Brun explains. “If you want to play a melody, you have to play it in unison with the person next to you. It’s like trying to play piano with different people on each key.”

Brun also leans on the sound of konpa, a Caribbean hybrid that became popular in the 1950s. “It was really musically advanced, merging jazz, big band and Calypso all into a Haitian sound,” he says. The distinctive metallic guitar sound in “Kale” is sampled from Les Difficiles de Petion-Ville, one of Brun’s favorite konpa acts. “Those guitars are very iconic for Haiti,” he notes.

But the riffs point in other directions as well. “Sometimes when I hear his guitars, it feels like something I might have heard my dad or grandfather play — some traditional Nigerian music,” Mr. Eazi says. And the lean, drubbing beat in “Kale” points in many directions: “It has elements of baile funk; it has elements of dancehall [from Jamaica],” Brun adds.

That’s part of the pleasure of this music: While Brun’s early big-tent tracks had the single-minded appeal that grabs young ravers, Lokal is furthering multiple traditions simultaneously. To hear Mr. Eazi tell it, there’s more of this on the way. “He’s got me singing in French, got me singing in Spanish, got me singing with some creole, got me on soca riddims,” Mr. Eazi says of Brun. “I thought I had good knowledge of music from across the world, but Michael blew that out of the park.” 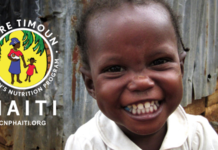