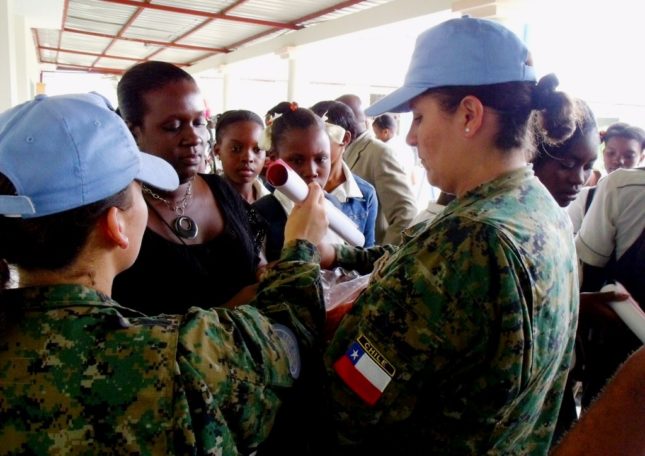 In Chile, as in every other country that has historically embraced slavery, there are numerous racists. It is equally fair to say that, like all countries with a similar history, the fraction of those who are appalled by the persistence of slavery in their lifetimes well exceeds the proportion of racists. And when well-meaning people, who seek to expose what they perceive to be human trafficking, are accused of racism by those who do not understand a situation or want to sow confusion, this is a grave injustice. 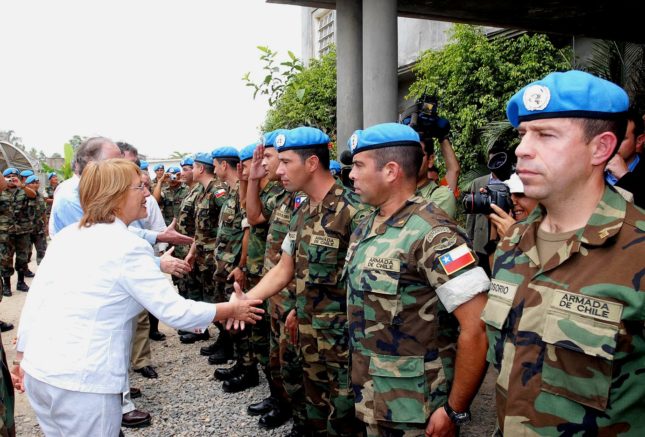 Haiti has been at the forefront of the Chilean news since mid-February, when a video of the nighttime disembarkation of about 140 Haitians, published by Santiago’s RD Herald and disseminated by various other sources, went viral. The video was shot and narrated by an airport employee even as he received messages on his work radio, which were audible. What caught the imagination of many Chileans was not the number of Haitians or their skin color, about which much has been made since, but the details of this curious airport arrival, which many Chileans have interpreted as a case of human trafficking. 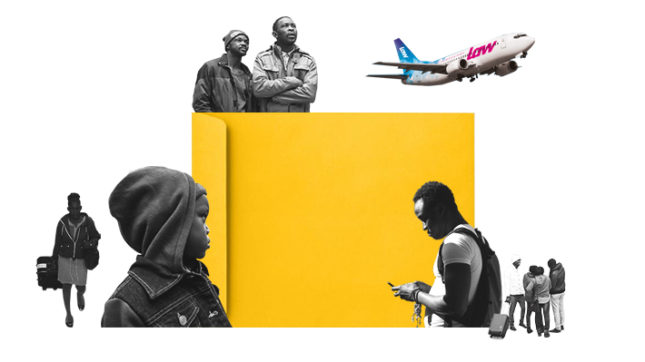 In this video, a large group of Haitians descend single file from a Boeing 767 at Comodoro Arturo Merino Benitez International Airport, also called Santiago International Airport, and are led to four waiting buses as the narrator observes, “This plane just arrived at 21:00 full of Haitian immigrants. They are all stepping down, many with the typical yellow envelope…. It is a charter aircraft. It only carries a license plate, no logo that says which airline it belongs to….”He explains that the Haitians being put on the buses are about to be transported to places where they will be “subjected to heavy work at very low cost. There are between 135 and 145 Haitian passengers doing this; this is every day, all days.”

However one might spin the video evidence, some facts cannot be denied. First, every Haitian who stepped off of the airplane did indeed have in hand a yellow envelope: “sobre amarillo,” as this scandal is called, identical to those of his neighbors, front and back. Secondly, the volume of Haitian migration to Chile has been astounding. According to Chile’s Investigative Police (Policía de Investigaciones, PDI), between 2016 and 2017 the number of arriving Haitians climbed from 47,027 to 111,746: a 138 percent increase in one year! This hemorrhage from Haiti is all the more remarkable when one considers that the country’s population is only about 10 million and about 80 percent of the travelers are young men between 18 and 30 years old. Finally, such flights are quite frequent. Three carriers regularly deliver Haitians to Santiago: Latin American Wings (LAW), ONE, and COPA. The plane shown in the video was from LAW. 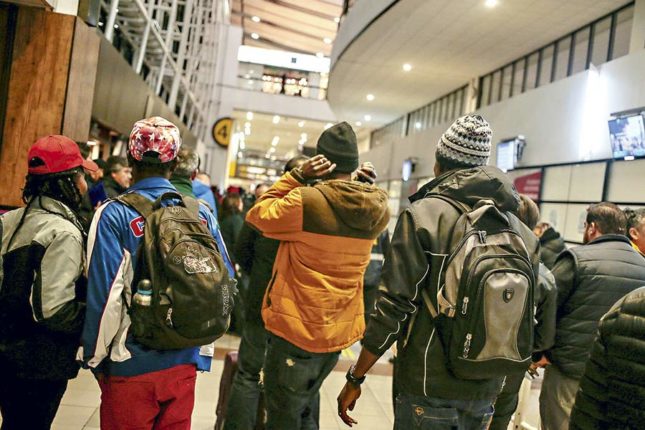 According to official documents, LAW carried 14,000 Haitians to Chile in the 10 months from January to October 2016 alone! It transported another 55,000 Haitians to Chile in 2017 from Haiti and the Dominican Republic. It had already brought four loads of Haitians to Santiago in 2018. A former executive of the company confided to journalist Gonzalo Cifuentes of BioBioChile that the airline, which was founded in 2016, had decided that its “business was no longer vacation, but ethnic.” Since the Haitian passengers were required to buy round-trip tickets to justify their status as tourists, the LAW flights made a profit of about $40,000 each, despite leaving Santiago on every return trip essentially empty. 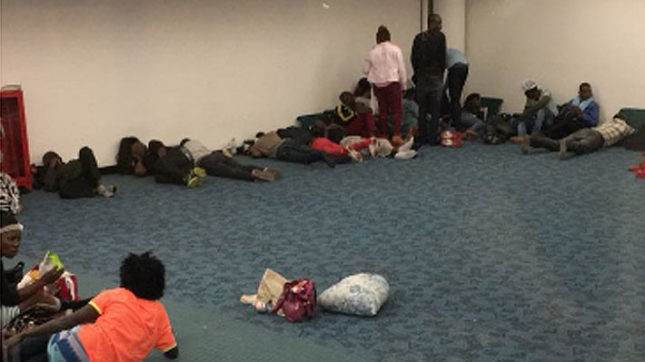 Attempts to rationalize the unmarked planes and yellow envelopes have painted an unintended picture of a human trafficking business on an unprecedented massive scale. Possibly the best explanation has come from Fre Foundation Executive Director, Jose Maria del Pino, who told journalist Consuelo Ferrer Duran of Emol that a series of “travel agencies” have sprouted that specialize in migration. “What comes in the yellow envelope is all the documentation for the trip, plus the cash that is required of any tourist entering the country” who lacks a bank account or credit card, del Pino explained. The planes are unmarked because the agencies hire charter flights. The passengers buy an air package for which payment plus interest are due as remittances after they arrive in Chile. Enforcers in Chile and Haiti make sure the payments get made. “We have information on migrants who have told us directly that their families are being threatened in Port-au-Prince. In exchange for this, they have to pay remittances and the money they have been given to remove the threat that weighs on their families,” del Pino added. 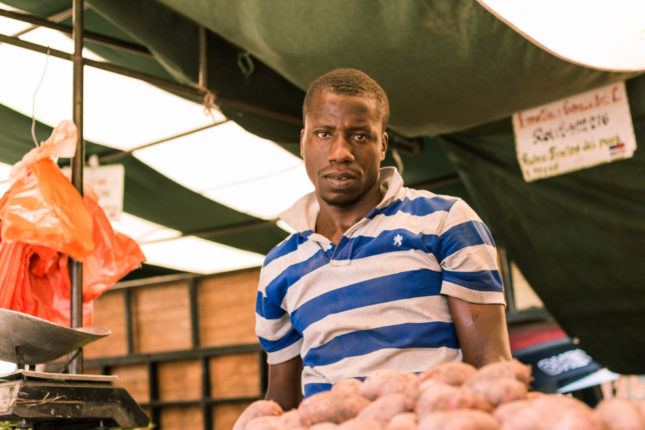 The notoriety of the sobre amarillo affair has forced officers at Santiago International airport to check more closely the documents from supposed Haitian tourists on flights from LAW, ONE, and COPA airlines. According to an article in La Tercera, on Friday, March 2, 2018, out of a total of about 230 passengers, entry was denied to 90 passengers from ONE, 62 from LAW, and 17 from COPA, after they were found to carry invalid reservations to the same hotel. LAW flights were suspended for 15 days. The unfortunate migrants were kept in one room from early Friday morning until Tuesday afternoon, without food or a bath, after which they were put on return flights to Port-au-Prince. While it is true that those Haitians were treated more poorly than animals during their 90 hours in the airport terminal room, one must also consider that they were probably spared a worse fate with their traffickers for much longer. Since they had no hotel reservations, where would they have stayed? How would they have been forced to support themselves? What will happen to them and their families in Haiti when they cannot pay their traffickers? 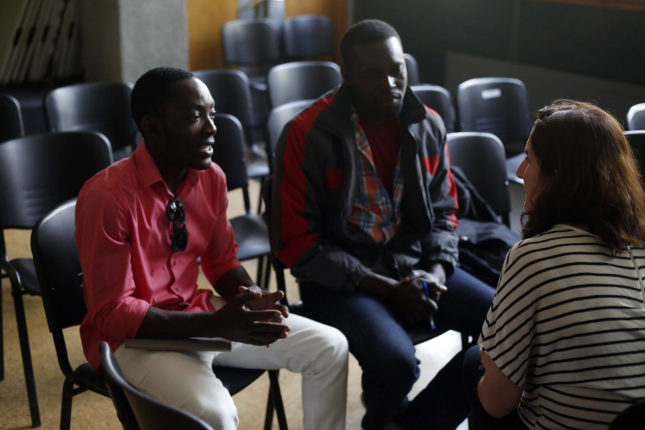 People of Haitian ancestry, and all those who want to punish the sordid practice of human trafficking, would do well to make common cause with the Chileans who are clamoring for an investigation into sobre amarillo. Haitian and Dominican human traffickers have previously been exposed and imprisoned in Chile, but instead of slowing down, the traffic of Haitians has been expanded and formalized. The sobre amarillo affair probably involves highly placed Haitians who want to increase the intake of government remittances as they discard their potentially troublesome population of educated and unemployed young men. An investigation into sobre amarillo might also expose Chilean business owners who order and exploit the cheap Haitian labor, as well as Chilean officials who, for years, have ignored the incongruities in this massive influx of supposed Haitian tourists. These employers and officials are probably racist, but that is a distraction and not the point. 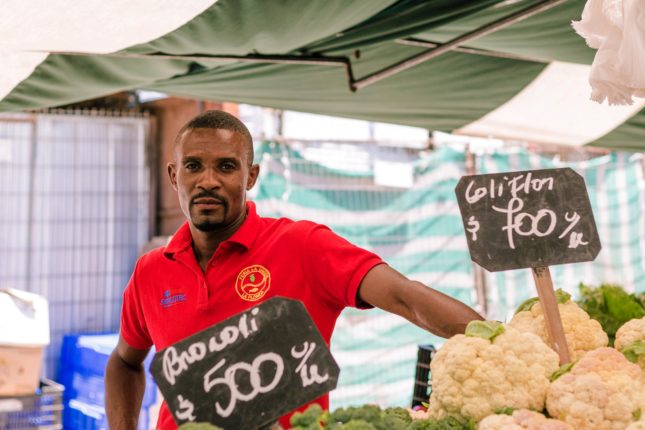 Haitian brothers and sisters: as dire as conditions might be in Haiti, it is vastly worse to be enslaved by human traffickers in a country where one does not fluently speak the language and has no citizenship rights or family members. There is no El Dorado. There is nowhere better to go. The time has come to fight in place for your birthright. 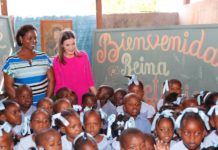