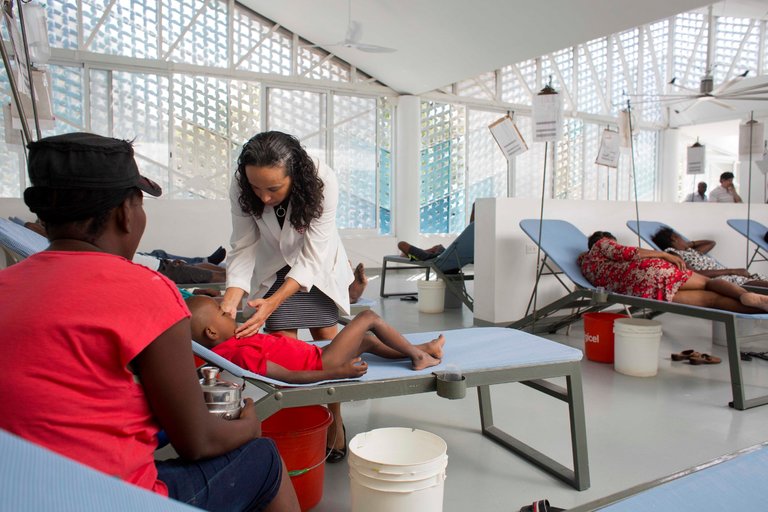 Next month marks the seventh anniversary of the cholera outbreak that ravaged Haiti. The disease, which can cause death within hours if left untreated, came less than a year after Haiti was rocked by an enormous earthquake that left hundreds of thousands dead and millions injured, displaced and destitute.

Haiti is prone to earthquakes and tropical storms — the island was spared the worst of Hurricane Irma last week — but the cholera outbreak was an anomaly; the disease had never before struck Haiti. It was brought in, it is widely believed, by United Nations peacekeepers from Nepal. One of the world’s most infectious waterborne diseases, cholera spreads quickly and has proved extremely difficult to contain in Haiti. Over 10,000 have died and nearly a million have been stricken to date.

But one organization has managed to nearly eradicate it in a large slum in Port-au-Prince that lacks clean water and sanitation.

One of the game changers that would surprise most people, including global health experts, was actually a building. It wasn’t just any building, but a very intelligently and beautifully designed one: the Cholera Treatment Center, operated by Les Centres Gheskio, an acronym that stands for the Haitian Group for the Study of Kaposi’s Sarcoma and Opportunistic Infections.

Gheskio, founded in 1982 in the early days of the AIDS epidemic, provides primary care services free of charge to people suffering from tuberculosis, malnutrition, and other life threatening conditions in an area of the Haitian capital that is home to 60,000 Haitians. (Gheskio is a less well-known sister organization of Partners in Health, which focuses on Haiti’s rural population.)

After the 2010 earthquake, Gheskio’s multi-acre campus was badly damaged. So the organization erected emergency tents to serve as a makeshift cholera treatment clinic. Once cholera reached Port-au-Prince, patients showed up on foot or were carried in wheelbarrows, around the clock.

Cholera manifests with extreme diarrhea and vomiting. Virtually all liquid is excreted from the body, causing victims to die of dehydration within hours of full manifestation if untreated. It is relatively easy to treat, but patients must be rehydrated immediately. To prevent it from spreading, infected human waste must be managed carefully.

Gheskio’s founder, Jean W. Pape, an infectious disease specialist and native of Haiti, knew that eradicating cholera would take years. So even as the organization struggled to keep up with the influx of patients during the first year of the epidemic, he embarked on a long-term solution: building a permanent treatment center.

Gheskio turned to MASS Design Group, a Boston-based nonprofit organization that specializes in architecture that promotes dignity and justice in resource-limited settings. It has built hospitals, health-worker housing, schools and civic spaces around the world, including a tuberculosis hospital for Gheskio. MASS Design began by studying the conditions inside the tents.

Tents provide relative shade and privacy but offer limited light and poor ventilation, trapping warm air and compounding the smell of bodily waste. The materials become worn by rain, wind and sun, and must be replaced routinely. Because of the nature of cholera, the makeshift beds, fashioned out of old fiberglass school chairs and costly army cots, also didn’t last long.

Most problematic, Gheskio was relying on manual removal of human waste by an outside vendor. This was both costly and risky: The organization couldn’t ensure its disposal would not recontaminate the water table, risking the infection of others.

“We did some back-of-envelope calculations and found that over a 10-year span of time, which was then considered optimistic for how long it would take to get rid of cholera, the tents and manual waste disposal system they were then using would cost Gheskio in excess of $500,000,” according to a co-founder of MASS Design, Alan Ricks.

Ricks estimated that MASS Design could build, for a comparable sum, a permanent structure that could be repurposed once the epidemic was fully contained. So MASS Design and Gheskio joined forces to raise philanthropic funding from the Deutsche Bank Foundation, Barr Foundation and individual donors, and began work.

One important innovation, developed with Fall Creek Engineers, based in Santa Cruz, Calif., was to bring a water-purification technology to Haiti called anaerobic baffled reactors. The reactors are a form of septic system that uses bacteria to treat sewage and contaminated water, turning it into clean water. Reactors, buried under the cholera center, force water through five chambers, each successively increasing the level of purification.

Each week, Pape receives a detailed report on the water quality. The system sanitizes and recycles 250,000 gallons of water annually, ensuring that the water is free enough of bacteria and other pathogens that it can be returned to the water table. This output is supplemented by separate, large cisterns to capture rainwater for drinking.

Many other details incorporated into the center also promote health, as well as comfort, beauty and pride. Above the reactors, for example, is a pavilion structure designed to maximize airflow. Rather than spending money on tents, furniture or waste disposal services — money that leaves the local economy — the organizations enlisted local artisans, whose metalwork is world renowned, to create perforated metal sheets, painted a chorus of blues, to wrap the building exterior. Waffle-like patterns of these sheets can be opened and closed to provide shade and privacy, or sealed completely during storms, as they were when Hurricane Irma neared Port-au-Prince last week.

The airflow is aided by large-diameter fans, like those in gyms and airports. The cement floor is smooth, free of crevices where bacteria can congregate, and sealed with epoxy. MASS Design interviewed many patients and staff members in an effort to design and create prototypes of beds that would be comfortable as well as easily sanitized and reused.

“What I love about MASS is their attention to detail,” Pape said. “They asked us everything that work and everything that doesn’t work. But most importantly, they are problem solvers.”

“The building looks absolutely extraordinary,” said Roger Glass, a cholera expert who is director of the Fogarty International Center for Advancing Science for Global Health at the National Institutes of Health and has visited the Gheskio campus. “For ventilation and coolness, it’s tremendous.”

Before encountering a hospital that MASS Design developed in Rwanda, Glass said, he had not seriously considered the relationship between health outcomes and building design. “If you had called me seven years ago to talk about buildings and health, I would have blown you off,” he said. Today, Glass is eager to see more collaborations with human-centered design firms, like MASS Design, in the field of global health.

Comparing the treatment center to the tents, Pape is blunt: “It was like going from hell to paradise.”

Amie Shao, who helped lead MASS Design’s work in Haiti, reflected: “When we started, our goal was simply to help Gheskio do their work better in treating their patients in a more dignified setting. We realized, however, that architecture could not only help treat these diseases after the fact, but prevent the spread of disease in the first place by controlling recontamination. In all of our work, we seek to proactively challenge many of the underlying risks and issues that global health faces.”

To be sure, the cholera treatment center is not solely responsible for halting the spread in Gheskio’s target area. Gheskio also developed a robust water chlorination program and maintains its own factory to produce chlorine. The organization also supports and participates in broad efforts by the Ministry of Health to raise public awareness about symptoms and the risk of contamination throughout the country.

And Gheskio joined forces with Partners in Health to get cholera vaccines approved in Haiti. Euvichol, a vaccine that can be administered orally and lasts up to 30 days without refrigeration, costs less than $2 per dose. “We would need a budget of less than $50 million for universal coverage for all of Haiti,” Pape estimates.

Gheskio’s Cholera Treatment Center was ultimately built for $750,000. Pape now predicts that the organization will have recouped that cost in just three years. Haiti needs a modern, countrywide water and sanitation system, but it’s unclear where the money will come from. In the meantime, Gheskio’s center has saved many lives.

By uniquely combining patient care with on-site water treatment, Gheskio’s center also holds lessons for other regions struggling to contain cholera or facing it in the future. Globally, the World Health Organization estimates there are between 1.3 million and four million cases of cholera annually in 42 countries, with 21,000 to 143,000 cholera-related deaths each year. This year, Somalia saw a major resurgence of the disease, with over 50,000 people infected. About 1,000 died.

In the three years since Gheskio’s Cholera Treatment Center opened, the facility has remained in constant use because those outside the organization’s target area continue to be exposed to contaminated water. It has admitted over 10,000 patients to date, including over 7,000 who were hospitalized. Eighty-three percent of those patients came from outside of Gheskio’s catchment area.

While cholera reports in Haiti were on the rise in 2015 and 2016 at upward of 25,000 cases annually, the country saw a decrease in 2017, which Pape attributes to higher-than-normal rainfall in the region. Of the 100 beds, no more than a third were occupied at any time this year, with as few as a handful of patients at times. The risk for outbreaks remains high, however, and the disease’s countrywide eradication is still years away.

“Haiti’s recently elected government, and the president particular, is focused on universal oral cholera vaccine as well as home chlorination,” Pape reports. “If we get the vaccines and if we pursue home chlorination, I truly believe we can rid of cholera within four to five years.” 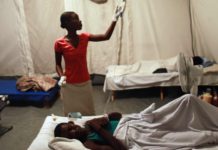 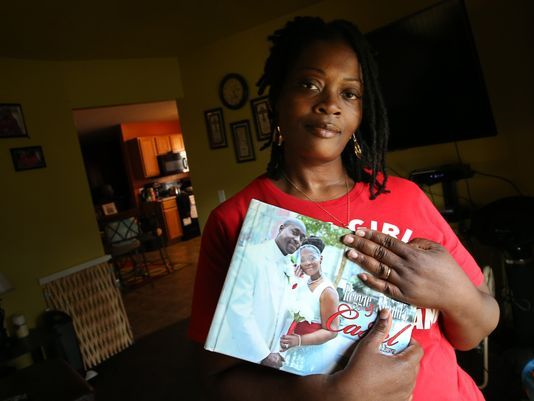 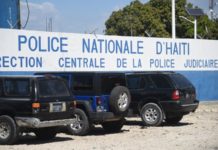